Punjab moves on from filth to Greenery.

Punjab moves on  from filth to Greenery. 550 plants, planted at the railway station under the leadership of Sant Seechewal.

Target to make Sultanpur Lodhi the most lush green station of India.
Sultanpur Lodhi 9th August.
Under the Compaign of plantation of trees in the first face, 550 Plants under the leadership of environment lover Sant Balbir Singh Seechewal were planted at the railway station. Due to rainy season a special attention is being given by Sant Seechewal to distribute and plant the trees. The plantation at railway station consists of Neem, Jamun, Bahade, Peepal, Bohad, Sheesham, Arjun, Sukhchain and other fruit plants. The plants, planted at railway station were first grown at the nursery. The deep digging was done with especially made Berma before planting. This ‘Berma’ is  operated with tractor. The Sewadars even in the heavy rain remained busy in the work of plantation compaign. 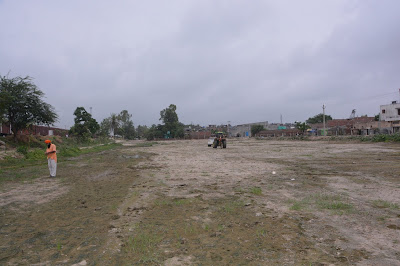 Sant Seechewal told that Sultanpur Lodhi which is also called Guru ki Nagri, here in 2019 the 550th Prakash Purb of Shri Guru Nanak Dev Ji is going to be celebrated with great enthusiasm and devotion. This town is being made clean and tidy and lush green, so that spectacle of this pious city, during big Samagams should look different from other cities. He said that there is a good response to the compaign of 550 trees plantation in every village of Punjab. 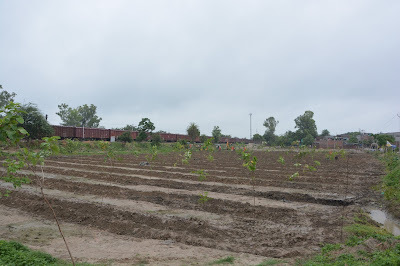 It is worth telling that this railway station was adopted by Sant Seechewal, some three years back. After removing the filth from the surroundings of the station , the plantation of herbal garden and other plants has already been done. Until now more than 3000 plants have been planted there. Two treatment plants have been installed to treat the contaminated water of city and pipe lines have been arranged to supply the treated water to the plants. 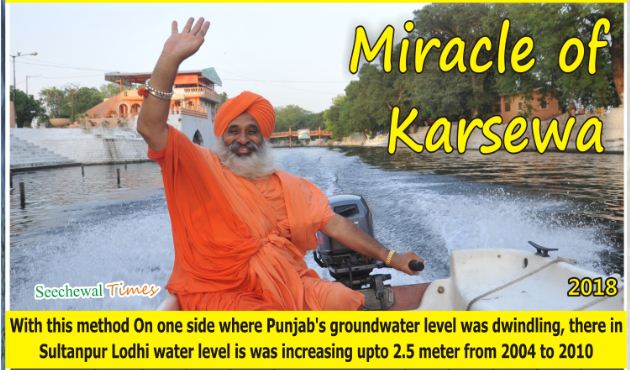