The first and foremost place of Pilgrimage for Sikhism... 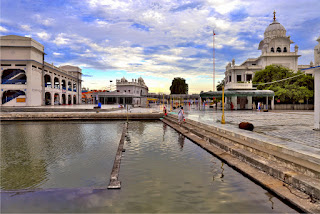 
The birthplace of the founder of Sikh religion Shri Guru Nanak Dav ji was Nankana Sahib (Pakistan) but he had spent 14 years 9 month and 13 day at Sultanpur Lodhi .Guru Nanak Dev Ji had selected the Holy Kali Bein adjoining Sultanpur Lodhi for the purpose of meditation, where Gurudwara Ber Sahib is built .He used to meditate after taking the bath in Bein every day. One day he dived in the Holy Bein and after concealed for 3 days Guru ji appeared form the Bein on sun rising side on the day of Puran Mashi 15 Bhadon Sudi saka Sanwant 1564 (1507 AD). 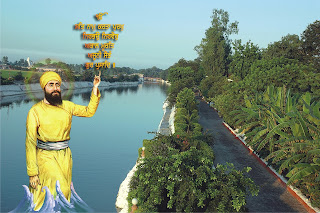 At the same place Mool Manter "Ekonkar ਸਤਿ ਨਾਮੁ ਕਰਤਾ ਪੁਰਖੁ ਨਿਰਭਉ ਨਿਰਵੈਰੁ ਅਕਾਲ ਮੂਰਤਿ ਅਜੂਨੀ ਸੈਭੰ ਗੁਰ ਪ੍ਰਸਾਦਿ ॥" was pronounced and recited by Guru Nanak Dev ji .Here Gurudwara Sant Ghat is Built at that place. The creation of  Japji Sahib ji was also rendered by Guru Nanak ji on the bank of Holy Bein ,Guru Nanak Dev ji also undertook first udasi  to preach the name of God and for the welfare of the humanity, also starting from Sultanpur lodhi. The Holy Kali Bein starts from village Dhanoa (Distt Hashiarpur ) near river Beas and covering the area of 160 KM and again merges into Beas at Hari Ke Pattan. This Bein has Honour of the touch of the  pious feet of Guru Nanak Dev ji and  advent of Gurbani. Due to these reasons this place of Guru Nanak Dev Ji ‘s abode is considered the first and formost place  of  Pilgrimage of Sikh religion. 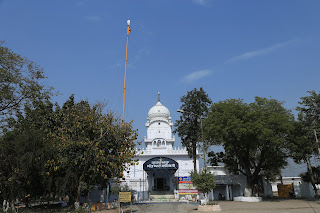 . The Holy Bein is also the life line of the Doabe Region. It also saves the whole area from the fury of draught, floods and low level of water . We the Punjabi’s the followers of Guru Nanak Dev ji have the moral duty to save this Holy Bein from pollution. The kar sewa under the guidance of Sant Balbir Singh ji Seechewal has already been going on by the Sangats from the whole world since July 2000.