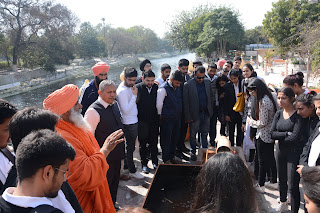 
Third year Law students from Punjab University visited Padamshree Sant Seechewal ji and came to know about the perplexes of environment Act. Sant  Seechewal briefed the students that while doing kar sewa to Holy Kali Bein a bund was enforced to block the sewage water ,which was that of Govt. offices that fell into the rivulet. He added that the whole sewage water of Govt. 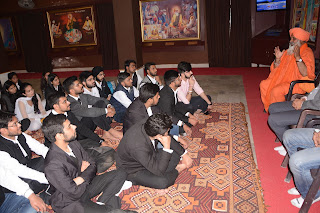 offices of Tehsil  Sultanpur Lodhi was being put into Holy Bein. When that sewage water was blocked and officers were also informed about the water Act 1974 ,that none can even spit in the natural resources of water, whereas throwing of sewage water is beyond  thinking, Seechewal  told the students that officers create 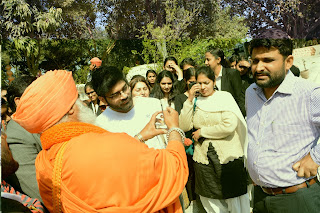 unwarranted problems to obtain the continual grants. Due to these reasons the provisiones of the water Act 1974 are being violated freely and nobody dares to get this Act activated effectively .The Political Parties are merely indulged in the vote Bank Policies. They have not any Political resolutions to provide clean water and air to the people of Punjab. The model introduced to treat the sewage water and   get rid of solid waste is very simple , cheap and quite effective . The treated water can be used for irrigation purposes. This model is being used successfully in the 1657 villages of Ganga belt. It is also  being used in Narmada belt. Haryana Govt has also adopted the Seechewal model. 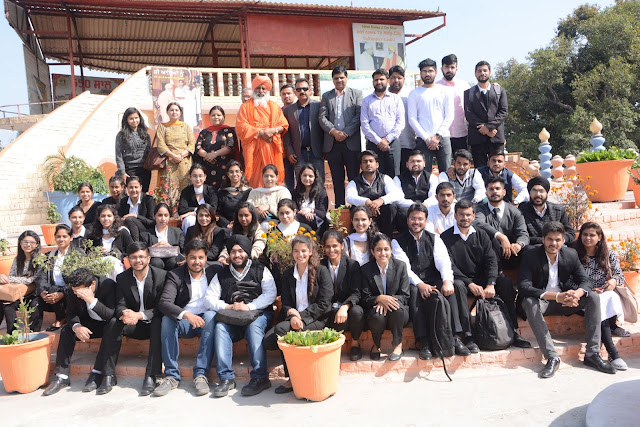 Sant Seechewal motivated the students to raise the issue of environment pollution in every election. So that a pressure is put on the political  parties.
He told the students that cancer belt of Punjab that runs as cancer train Bathinda is not a curse of God, it is living symbol of man’s greed. At this juncture the students pledged to plant 10 trees by each student and to work for the pollution free Punjab and other states. Sant Seechewal also told the students about the purity of the water of  Holy Bein and T.D.S was also mearsured staff comprising prof.Shiv Kumar Dogra, Dr.Aarti Puri,Dr.Vaishal Thakur and Rakesh kapur also accompanied the students.