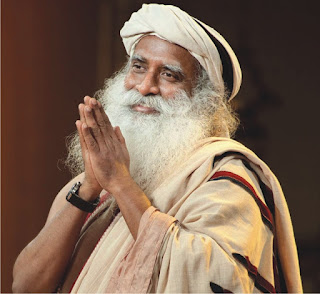 Honest to  god ,may piece on rally for rivers, in the  last issues of business India, expectedly elicited  responses, with the bouquets thankfully exceeding the brickbats.But some of the brickbats were really vicious, Jaggi sadhguru  obviously  has staunch followers, who swear by him and causes he espouses. And hate any  ctitics or detractors.
The most valuable inputs that I however received were from Karminder Jit Singh Ghuman, professor, Thapar university Patiala,who pointed me in the duection of Sant Balbir Singh Seechewal , know as the man who restored a dead river. He sent  me  a number of link and 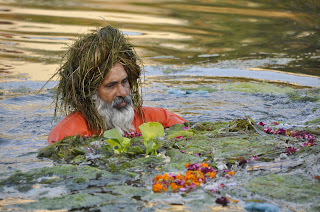 bacgrounders about a relatively lesser known spiritual guru donning a saffron robe who , along with a handful of his volunteers, took on a daunting mission to clean up a polluted river and succeeded in transforming it beyond imaginations after a couple of year sweat and toil.


Seechewal was invited 17 years ago to attend a meeting in jalandhar, called by an NGO to deliberate on restoring the highly polluted Kali Bein, a rivulet which originates in hoshiarour district and merges into  the  river Beas after traversing a distance of 160km. Six towns and 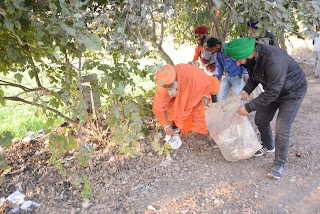 many villages emptied their waste into the  rivulet . When the  baba learned  that Guru Nanak Dev, the  founder of Sikhism, had bathed in the rivulet during his over 14 year-long stay in Sultanpur Lodhi,  a town in Kapurthala district about 13km  from Seechewal ,he was determined to restore the  pristine glory of the river.


In 2000, Seechewal got into river with a handful of his sewadar(volunteers) to start the cleaning operations. Undeterred by the mammoth task ahead, with his bare hands , he started pulling  out the weeds and clearing  the garbage from the slushy river bed . His followers joined him in right earnest . As word spread, many children from the villages joined his efforts. The locals, who 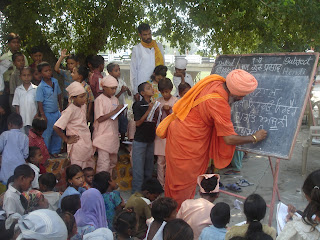 were indifferent initially ,also began supporting the efforts. They gave their labour and  offered their tractors to level the ground. Seechewal  himself was on the field eighter driving the tractor , supervising or getting down on the dirty waters pulling out the weeds. In a couple of  years times not only cleaned the river but had 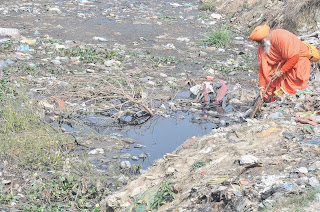 even built bunks and planted fruit and decorative trees on its banks.


But the challenge emerged later ,as sewage from village located on the banks of the river conunued to enter the watercourse . Repeated pleas to the  government to plug the sewage mlets tell on deaf ears. Sant Seechewal rose to the occasion once again, mobilising his followers to design andig enously developed sewerage system that included the laying of underground sewer pipes in the villages, and putting in place a natural treatment system  through a layer of trenches .The treated sewage water was used to irrigate the agriculture fields. The system , in  fact , came to be known as the seechewal modal of sewage 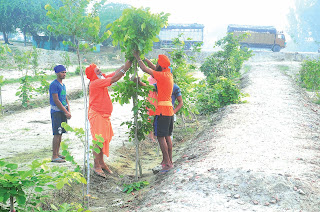 treatment .The late A.P.J Abdul Kalam, former president of  India, was a big votary of the seechewal model of sewage treatment and visited  Kali Bem twice in 2006 and 2008 . In Angust last  year , Uma Barati, Union Minister for water Resources, also visited the place to see whether she could replicated the model on river Ganga. In 2008 ,Times magazine paid tribute to Sant Seechewal, " Today , the Kali Bein is thriving . Families head there for picnics and the devout bathe during religious festivals". The holy-man was honoured with a padmashri earlier in 2017. 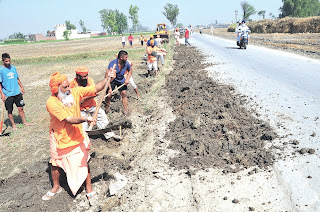 Sant Seechewal held no rallies for rivers; got no  one to give missed call; he didn't drive anywhere in a fancy Merc; hed no entourages chasing him around the country.  He just got down to the task of cleaning the hyacinth and silt from the enter river bed.
Sant Seechewal is a true patriot; and a karmayogi. Jggi Sadhguru needs to meet up with thw Sant to imbine somw of the learnings from thw kali bein project if his Rally for Rivers has to become a pratical reality beyond the current publicity, according to 'Time magazine' that ran a feature on him, one of Balbir Singh Seechewal's 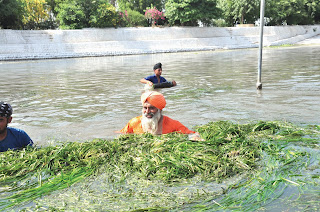 favourite verses from the 'Guru Granth Sahib the Sikh Holy book' venerates the elements. "The wind is our guru", it reads, "Water is Fathe", and "The Earth is our Mother with his selfless deeds, the Sant from Punjab has paid patical tribute to his guru, his father And his mother. Could anyone ask for more? 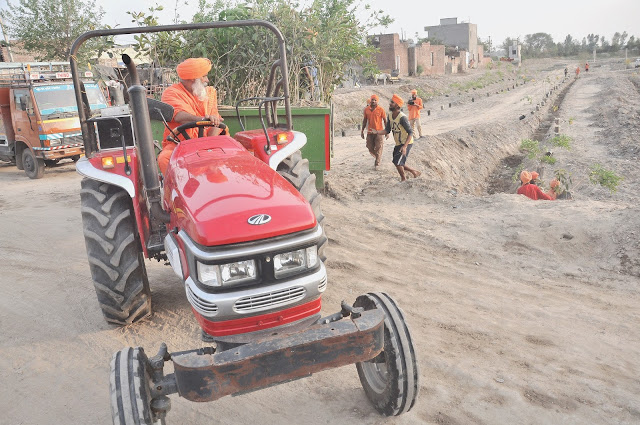