Seechewal village is one of those villages of Punjab... 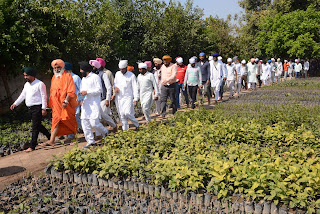 
Sarpanch and Panch from Lambi and Jalalabad also reached to see the water supply system.

Approximately 180 persons including the officers from the three districts, heads of water supply and sanitation of villages and Sarpanchs-Panchs today travelled to village Seechewal to see the 24hours non stop drinking water supply system. Seechewal village is one of those villages of Punjab where 24hrs water supply of drinking water is available and on the failure of electricity supply a 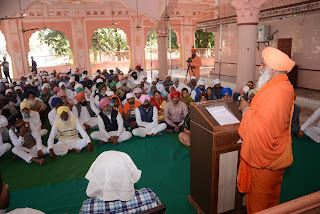 genretor set is installed. Punjab water supply and sanitation deptt in order to regularise drinking water supply system in villages is making rounds to those villages where non-stop drinking water supply is being done successfully. The Sarpanchs-Panchs from Lambi and Jalalabad area of Ex. C.M Parkash Singh Badal and Sukhbir Singh Badal had come to see the water supply system. The teams from Faridkot and Moga villages came today Sarpanch-Panch from three districts Muktsar Sahib, Ferozpur and Fazilka of Malwa region today met Great  Environmentlish Sant Balbir Singh Seechewal who himself had been Sarpanch of village Seechewal for 10 years. Sant
Seechewal briefed them about the challenges and problems he had to face for the 24hrs non-stop water supply in the village. He also added that in order to maintain the drinking water supply in a better way , record of water supply is being maintained and the Punjab Govt has given a Genrator set to ‘Seechewal Gram Panchayat’ as a prize. 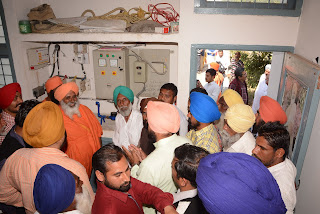 Meter billing system of water supply is installed in the all houses of village and bills are given according to meter reading ‘Seechewal Model’ is an operation on the re-cycling of the used water by the villagers. Besides the supppy of drinking water in the village, treatment experiment of used water is benifiting the farmers on large scale. Due to this model drinking water is also saved and water is 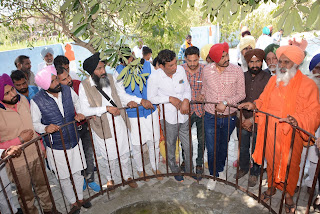 
Sarpanch and Panch also raised this point that the villagers are not in favour of installing water meters and if installed they don’t pay the bills. Sant Seechewal told them that when a work of public welfare is done people should also co-operate, only then that project becomes successful. Inspite of putiing pressure on the people, they should be made active participants in the project. Present Seechewal Sarapnch Rajwant Kaur welcomed the whole team and told them that after doing all the expenses there is a balance of Rs 1.05 lacs in the water supply committee account of our Seechewal village. 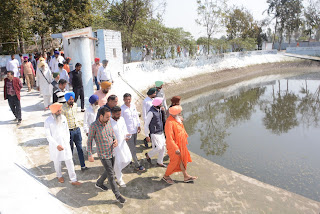 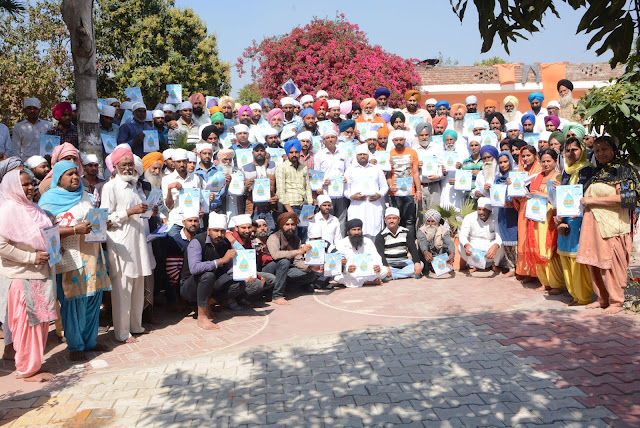