Surprise inspection made at the Leather complex treatment plants at Basti Peer Dad. 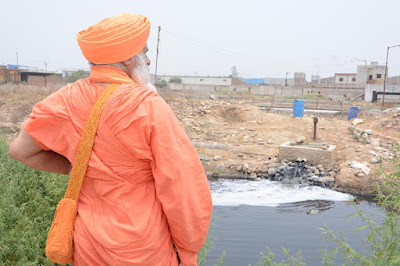 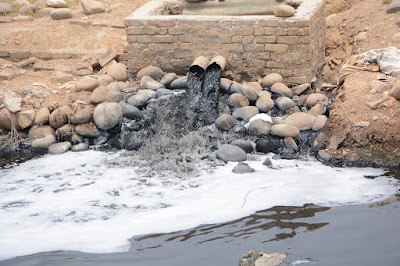 It has been brought into the notice of the concerned officials a many times. This issue has also been raised in the board meeting of Punjab pollution control board. He said that when he went inside the treatment plant complex, the silt taken out from the contaminated waters clearly showed that the treatment plant was operated after many days. The workers present at the sight told that the silt of treatment plant was not taken out since Saturday. He told that a barrage was raised  first time at Kala Sangian drain on 22nd Feb 2008 by the people affected by the poisonous waters of the drain. Then again when no action was taken a barrage was  raised again on 18th May 2011. Again there was no action taken by the administration. The 50 M.L.D treatment plant which was installed in 2014 and its working limit was fixed up to 2025, but it failed in 2016-17. Because the contaminated water, more than its capacity was coming in it. He said that now Capt. Amrinder Singh is taking it seriously to make   the Punjab rivers waters, free of poisons. To bring it into practice, the existing treatment plants in the state must run effectively and where new plants are needed, those must be installed on priority basis, only then Punjab rivers can be made free of poisons. 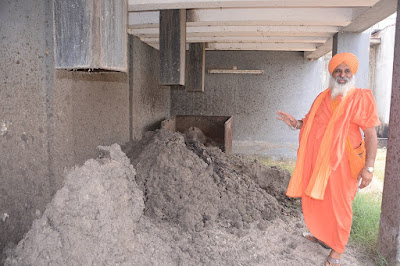 He also added that the concerned officer should be made answerable to this work. Sant Seechewal told that in Kala Sangian drain the water flowing in the drain is of E-Grade. According to Punjab pollution control Board reports, heavy metals are flowing   in it and nickel also includes in it, which is the big cause of cancer. Kala Sangian drain falls into  Chitti Bein and Chitti Bein merges into Sutlej  river near Gidderpindi  from there this water  through two canals goes to Malwa and Rajasthan. Due to this reason the people are compelled to drink these waters and are dying  of cancer and  black jaundice.