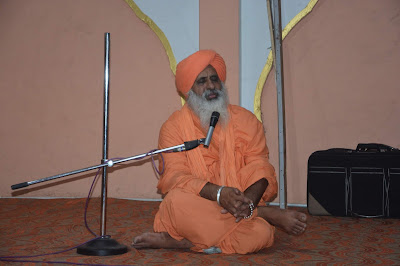 `Love the nature and its Creator` was the massage of the Kavi Samelan held at  Nirmal Kuteya, on the Banks of Holy Kali Bein Sultanpur lodhi.

In Conection with the celebration of 550th Prakash Purb of Guru Nanak Dev Ji in 2019, the series of monthly Kavi Samelans being help on every Puranmashi, a kavi Samelan was held last night at Gurdwara Sahib Nirmal  Kutiya Sultanpur lodhi on the Banks of Holy Kali Bein. The main massage of the Kavi Samelan was to save the Environment from the clutches of pollution. Kavitri Smt. Kulwinder kaur Kamal in her poems made the people aware of to save water and its importance in the life. She in her poem also stressed on to adopt the teachings of Guru Nanak Dev Ji. She appealed Guru Sahib to come again to remind the people about “Kirt Karna Naam Japna and Wand Chhakna”. Sant Sukhjit Singh ji in his poem gave a Message to the society to respect the feelings of the people who are serving Deras and Guru Ghars. He said that people who have connected themselves to Guru Ghars are treated as they have been thrown out of their houses. whereas in reality the person who at any stage Comes to the asylum of Guru Sahib is relieved of the miseries of life. He not only improves his life but also becomes the source of God`s blessings to the Family. Some other poets also spoke on the social evils and environment . 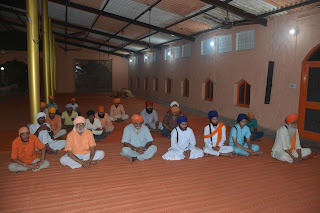 Sant Balbir Singh ji Seechewal also stressed on to be connected with name of God. He in his discourse told that how Guru Nanak Dev ji remained eloped in the water of Holy kali Bein and reappeared and gave the world the Mool Mantra. The name of the God is the only solution to relieve the man from the miseries of life. His name can`t be bought with the Gold or money, only one has to surrender to the will of the God. We can achieve the internal happiness  it we follow the teachings of Guru Sahib. He also thanked the gursangats for their daily  Sewa in the Guru Ghar. He said that it is our moral and religious duty to save the environment from pollution. Hundreds of people were present on this occasion.