If we had followed the teachings of Guru Nanak Dev Ji, 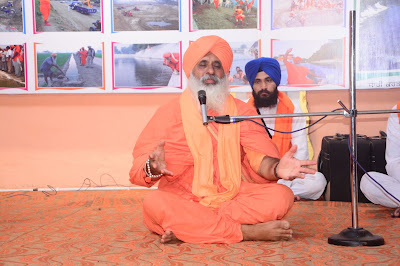 Trees are our deities and the persons who are felling them down are the demons –Sant Seechewal.

Last night was the 4th day of the Kirtan Darbar being held at the Guru Ghar at Nirmal Kuteya Sultanpur Lodhi. These Kirtan Darbar are being held in connection with the celebration of 18th Kar Sewa anniversary of Holy Kali Bein from 15th July to 21st July . On this occasion different Kirtani Jathas entertained the gursangats with the melodious Shabads of Gurbani, full of moral and religious messages. 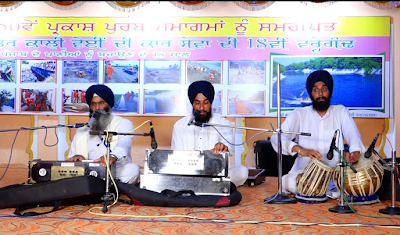 Environment lover Sant Balbir Singh Seechewal also shared and enriched the gursangats with the sermons from Gurbani. He stressed on to be connected with the name of waheguru. He said that the real happiness is not in running after the worldly things, it is only in the name of EK Onkar. We are only to look into inside of ourselves. We have to understand the purpose of our coming to this world .Only our good deeds and His name is the source of real happiness. Worldly things will not go with us, only our good deeds and His name will go with us. 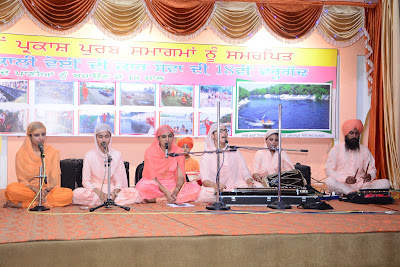 He added that Global warming is the biggest problem of the present world. Even the scientists are helpless to solve this crises. If we had followed the teachings of Guru  Nanak Dev Ji, the present condition of Environment pollution would not have happened . Millions of people are being affected by the water, air and earth pollution. Pawan Guru, Pani Pitah, Mata Dharat Mahat was the message given by Guru Nanak De Ji more than five centuries ago. But the people had ignored this message, which could have saved us from this crises.

In order to make our villages, towns and cities lush green, before 550th Prakash Purb in 2019, Sant Seechewal asked the people to plant  more and more  trees. He said that the tees are our deities and the persons who are felling them down are the demons. The trees have been giving us oxygen and medicines since the begining of the world. So, they should be worshiped.
He further said that rejuvenating the Holy Kali Bein, Sultanpur Lodhi has become a role model for the other rivers in India. The Seechewal Model is also being adopted in other states like U.P, MP, Bihar, Uttrakhand and Haryana to clean their ponds of the contaminated waters and use them for  the irrigation purpose. 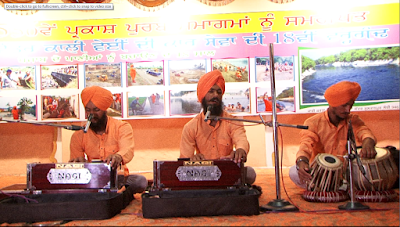 Same way, to make Sultanpur Lodhi a Solar City, the first step has been taken up as  Solar panels have been installed on the roof tops of the Dera building of Nirmal Kuteya Sultanpur Lodhi to Produce electricity from solar energy. The work of watering the plants in the 3 KM area of Holy Bein has already been started with solar energy. 10 Kilowatts of electricity is expected to be produced very soon by this solar energy system at Nirmal Kuteya. It will also save us from air pollution. We hope this solar energy system will also expand to whole Punjab soon. Which will help in saving electricity and raw material like coal, being used in the thermal plants to produce electricity and which also causes air pollution . This way we  will also be able  to save the air pollution to some extent . Sant Seechewal asked the people to take pledge to contribute in saving the environment from pollution , so that our coming generations may live in clean atmosphere. On this occasion hundreds of gursangats were present.