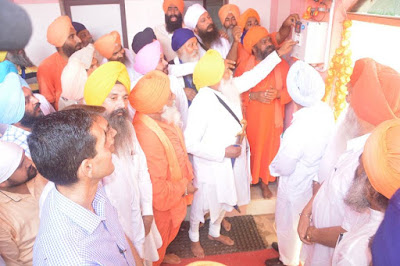 An initiative taken to make Sultanpur Lodhi a Solar City.

An opening ceremony 0f 20 Kilowatts Solar Plant done at Nirmal kutiya.
A website of 550th Prakash Purb of Guru Nanak Dev ji launched.
The Member Parliament Ranjit Singh Brahmpura announced a grant of Rupee 10 lacs for the beautification of the Bein banks.
An invitation made to make Punjab lush green on the occasion of 18th karsewa anniversary of Holy Bein.
On the occasion of 18th Karsewa anniversary of Guru Nanak Dev Ji feet touched Holy Kali Bein and in order to make Sultanpur Lodhi pollution free, an opening ceremony of 20 killowatts Solar Plant at Nirmal Kutiya was done today. The Karsewa under the leadership of environment lover Sant Balbir Singh Seechewal, a wave to make Punjab waters pollution free, has been established. On this occasion, during Smagam a website was launched about the forth coming 550th Prakash Purb of Guru Nanak Dev ji in 2019. Through this website the information about accomdations, langers, parking and many other facilities could be obtained. In order to make the Bein banks beautiful, the Karsewa to install interlock tiles was also started. M.P Ranjit Singh Brhampura of Khadoor Sahib constituency announced a grant of Rs 10 Lacs for the materials to be used in this Karsewa. 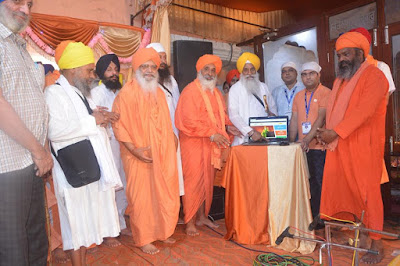 The custom to honor the diginitaries  in the administrative circle, who works with honesty and self determination was also started. On this occasion I.A.S Kahan Singh Pannu and the Ex. Judge of Kapurthala court Smt. Manju Rana were honourd with ‘Guru Nanak  Sewa Award’.

Shri Akal Tkahat Sahib Jathedar Giani Gurbachan Singh appealed the gursanagts to join hands with Sant Seechewal to make Punjab lush green. He also distributed 550 plants on the bank of Holy Kali Bein to maintain Punjab as a lush green. The head of Nirmala Panchyati Akhara Mahant Giani Gian Dev Singh acclaimed the role of Sant Balbir Singh Seechewal  in Karsewa of Holy Kali Bein.
Environment Lover Sant Balbir Singh Seechewal said that before 550th Prakash Purb of Guru Nanak Dev Ji, all the villages of Punjab should be made pollution free and stressed on to plant 550 plants in every village.
On the occasion of 18th anniversary of Holy Kali Bein thousands of gursanagts from India, participated in the smagam. Anil Patil from Pune, Sanjay Kumar from Indore, Anand Alaskar from Aurangabad Maharastra and Neeraj Kumar from Karnal , especially reached to join this historic smagam.
On this occasion Cabinet Minister Tript Rajinder Singh Bajwa M.P Ranjit Singh Brhampura, M.L.A Navtej Singh Cheema and M.L.A Hardev Singh Laddi and other were also present in this Smagam. 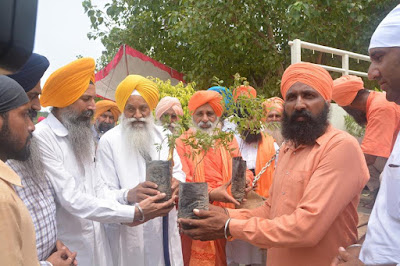