Development of an area and a nation is only possible if our children are educated- Sant Seechewal. 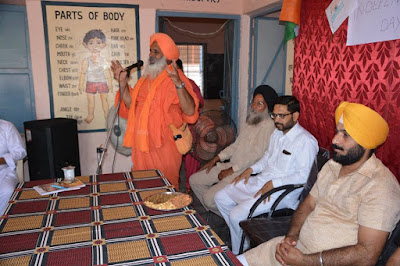 Development of an area and a nation is only possible if our children are educated- Sant Seechewal.


Development of a nation and of its some area can be made with educating the children Without education the man is incomplete. Here the youths, due to unemployment are flying to foreign countries, even after passing their 10+2 exams, whereas the country needs them the most. These views were expressed by Padmashri Sant Balbir Singh Seechewal while addressing the Samagams at different schools on celebrating the Independence Day.  He said that it may be a boy or a girl, they have equal rights to education. He added that today circumstances are such that our brains are becoming drains, means the educated youths who were to contribute to the nation’s development are running to other countries. He said that being fed up of the corrupt system and unemployment, the youths are going to foreign countries. Moreever higher education in India has become so much costly that it is out of the 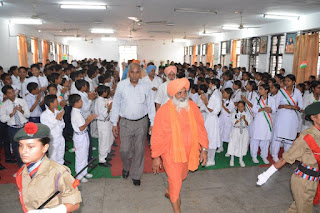 reach of the poor and middle class. Good politics in the country will be possible if it will be lead by the educated and good people.

In the Samagam held at village Gorasia Sant Balbir Singh Seechewal asked the NRI’S to give consideration towards Govt Schools, as the children of the poor people are studying in these schools, whereas the children of rich people are already studying in the private schools. He also appealed to S. Manjit Singh who has come from France to come forward and to work for the social welfare. At village Gorasia the work of tree plantation was also started under the 550 trees plantation campaign. On this juncture S.Vikas Singh Sodhi and the Village Panchayat accorded a warm welcome to Sant Seechewal .Before it Sant Seechewal hoisted the National Flag at Jawahar Navodya School at Talwandi Madho and celebrated the Independence Day. On this occasion the children of the school presented a glorious programme and also sang the national devotional songs. The principal and the staff of the school also honored the residents of the village. 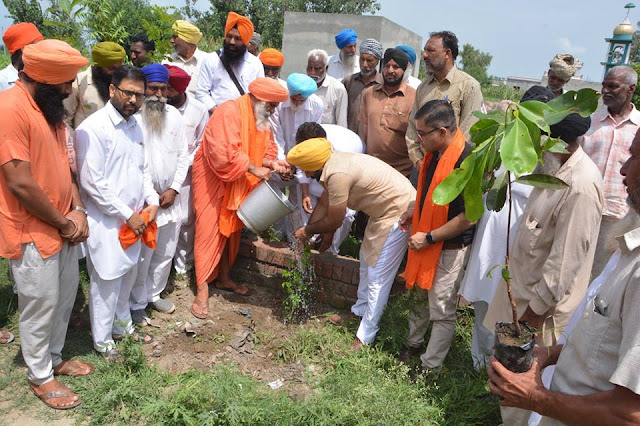