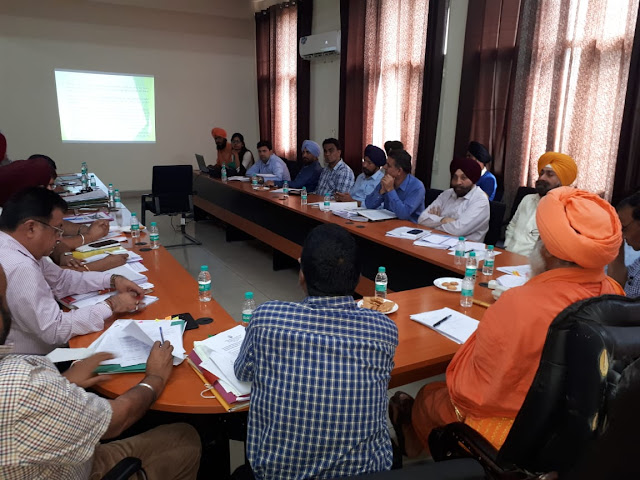 The officials cationed for being unsuccessful in stopping poisonous substances from falling in Sutlej and Beas rivers.
Central Pollution control Board on the instructions of N G T held a meeting.
Sant Seechewal presided over the meeting. 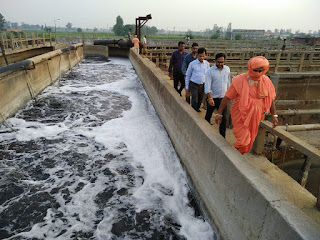 The officials of different departments were criticized and Cautioned by the central Pollution control board  for being unsuccessful in stopping the poisonous substances from throwing in the Sutlej and Beas river and were told that if on the orders of GNT no planning was made to stop the rivers pollution then they will be penalized personally. This was the 3rd meeting of supervising committee made by NGT (National Green Tribunal).


Before it the meetings were held at Delhi and Ludhiana and next meeting will be held on 15th October. After meeting Sant Seechewal along with the officials of central and Punjab pollution control board visited the 50 MLD treatment plant of leather Complex and Basti peer daad, which were not running to its capacity.
Sant Seechewal Presiding over the meeting said that he has been fighting since 2008 to stop the pollution of Kala Sangian drain and Chitti Bein and Buddah Nullah. He said that the improvement is not possible until the officials responsibility is not fixed. He said that in Sutlej river there were 54 types of fish which have died due to pollution. He said that the officials should perform their work honestly and should not come under any type of political pressure. He said that people of Malwa and Rajasthan are becoming prey to cancer after drinking poisonous waters of Sutlej. He said that if the water act 1974 is enforced properly by the officials then only people can be benefited J. Chandra Babu asked  the officials of Central pollution control board, officials of Punjab pollution control board, Housing city Development, corporations of the Jalandhar and Ludhiana, Punjab water supply and sewerage Board and Glada officials to bring action taken reports with them in the next meeting. In this four hours meeting they also obtained the information on the treatment plants built around Sutlej and Beas rivers. 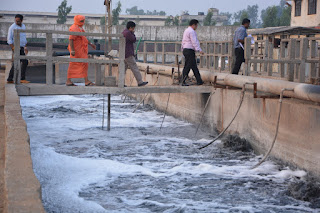