Instead of mere talking Preference should be given to proper action:- Sant Seechewal 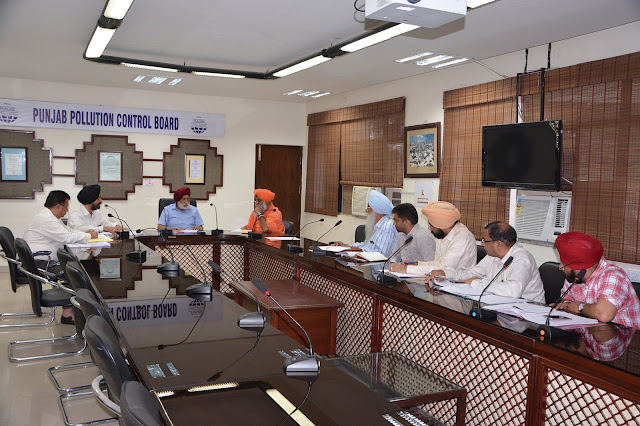 Punjab Pollution Control Board meeting to Reinstate the Holiness of Kali Bein.
Instead of mere talking Preference should be given to proper action:-  Sant Seechewal
Condition of the treatment plants alongside the Bein is Pitiable.

A special meeting with Punjab Pollution Control Board Chairman Prof. S.S Marwaha and the officials of the other departments to stop falling of Contaminated waters in the Holy Kali Bein before 550th Prakash Purab of Guru Nanak Dev ji was held today. Referring to the Pitiable condition of the 6 treatment plants around Bein Environment lover Sant Balbir Singh Seechewal said that gursangats have been engaged in cleaning the Holy Kali Bein of Baba Nanak for the last 18 years, but the works that are to be done by the Govt. are not being given proper consideration. It was decided in the meeting that a report on these 6 plants should be given within two weeks that how these plants could be run properly.
Sant Seechewal told that many years have been gone when the solid waste (Gaar) from these plants was removed. Due to uncleanliness no space is left for the water storage. Same way ‘M.C.D Plant of Kapurthala is not working since many year, whereas the Govt. officials are giving false report on its working. Sant Seechewal said that there is a need to install a new treatment plant at Sultanpur Lodhi. But till now no proper action has been taken on this aspect. Same condition prevails on other treatment plants. He told that 5.77 crores of rupees were sanctioned for installing treatment plant at Rawal colony, out of which 2 crores have reached to Sewerage Board but this amount is not being spent. He said that it is to play with the religious feelings of the people by throwing contaminated waters in the Holy Bein.