During Dussehra samagam at Amritsar a big tragedy occurred, more than 50 people died 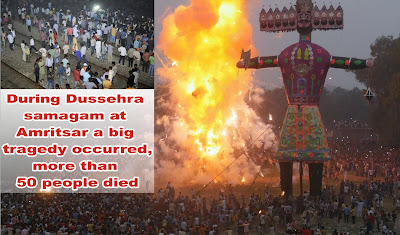 After the effigies were burnt there was sudden drubbing (bhagdar )among the people and many people were crushed by the train  on the track. This train was coming from Jalandhar to Amritsar. It is said due to noise of the fireworks people sitting on the track could not hear the voice of the train.,due to that the accident happened. 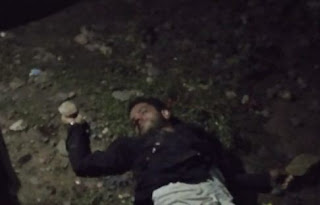 Sant Balbir Singh seechewal has expressed great despair over the tragedy happened near railway line at Amritsar. Expressing a regret he said that when people were enjoying the festival it was tragic that people were crushed by the train. Where's he shared the grief with the people he also condemned the carelessness point of view of security.