The machine received in charity has given a great relief to the farmers . 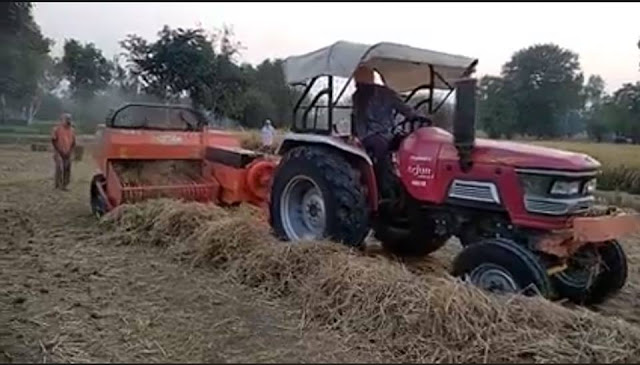 Sant  Seechewal  took  over the  charge to stop burning of parali .
The machine received in charity has given a great relief to the farmers .
Until now Parali of 250 acres of about 50 farmers has been taken care of.

Sultanpur Lodhi  28th October.
In order to stop burning of parali, Padam Shri Sant Balbir Singh Seechewal has taken this work in his hands. whereas Sant Seechewal has been motivating the farmers to not to burn the parali on other hand he is also helping the needy farmers with the parali bundles binding machine which was received in charity. By providing this machine to the farmers, their habit of burning the parali in the area has been restricted to a great extent as it is visible. Special about it is that Sant Seechewal who has been fighting against pollution for many decades, the very first day when the machine was received in charity, it was handed over to the society made by the farmers , After it the farmers instead of burning the parali have earned a good profit by selling parali bundles and to the biomass plants . Some farmers  are also keeping these bundles as fodder for their cattle. 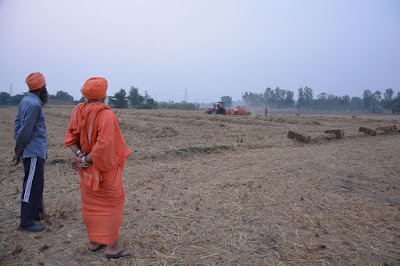 As per information received until now parali bundles of 250 acres of land of about 50 villages has been bound. These includes 12 khet of Farmer Khazan Singh of village Mehmuwal and Jawala Singh’s 18 khet, 8 khet of Bachtter Singh and 8 khet of Dev Singh of Talwandi  Madho , 9 Khet of    Sulakhan Singh of Chak Chela ,1 khet of Labh  Singh of khurd ,1.5 khet of Hardeep Singh of Vill. Jabosudhar, 5 khet of Surat Singh, 13 khet  of a Kapurthala Village, 22 Khet Harpal Singh, 26 Khet Jaswant Singh, 4 Khet of Namberdar Nirmal Singh, 10 Khet of Tara Singh , 16 Khet of Darbara Singh Seechewal, all bundles of parali of these farmers have been bound. These farmers say that some bundles of parali they will keep for fodder and rest will be sold to the biomass plants. 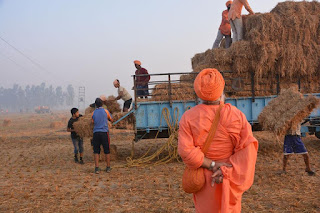 Leader of the Kisan Jathebandi farmer Harpal Singh told that with the motivation of Sant Seechewal they have been taking care of parali in different ways since many years. During this season also Sewadars of Sant Seechewal are engaged in helping us with a machine and four tractors for the last 14 days to take care of the parali. Due to which farmers are getting good financial profits. He said that with the money that will be saved after selling the parali will be used to purchase machinery.
On this occasion Sant Seechewal thanked the Dona residents For not burning the parali . Sant Seechewal told that for the last two years 80% farmers of area have used machinery to take care of the parali. He said that farmers are becoming aware of their responsibility towards environment to a great extent. He praised the farmers of villages Seechewal ,Talwandi Madho , Sohal Khalsa, Maala, Ahmedpur, Kotla Heran, Warha Jagir, Chak Chela, Sherpur Dona who had not burnt their parali at all.