There is need to act unitedly to make the environment free of pollution:- Sant Seechewal 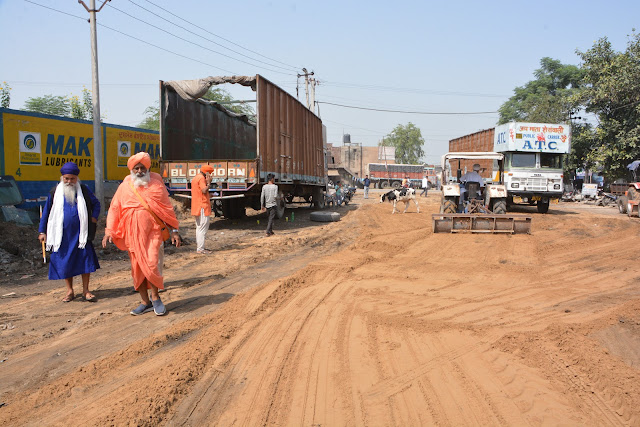 Sant Samajh has taken over the charge in their hands to Complete the incomplete works of Govt.
Sant Seechewal and other Mahapursh are cleaning the paths to the welcome the 550th Prakash Purb. 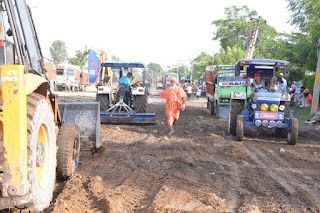 In order to complete the incomplete works left behind by the previous Govt. Sant Samaj has taken that work in their hands. Padma Shree Sant Balbir Singh Seechewal along with Sant Daya Singh Tahali Sahib, Sant Baba Gurcharan Singh Kar sewa Damdama Sahib Thatta, Sant Mahatma Muni Ji, Sant Leader Singh, Sant Amrik Singh and other different social welfare organizations under their leadership on Sunday, whereas they started the campaign of cleanliness on Kapurthala Kala Sanghian Marg, there the Sant also filled the pits of sewage pipe lines, with soil that was left incomplete by the previous government. It is told that road dug for the sewage pipes which was to be filled with the soil, was left incomplete for the past many years. Due to which road marg had developed big pits in it, which had become cause of many accidents. On Sunday the modern machinery was used to repair the broken road, Nakodar via Kala Sanghian  after filling the big pits with soil, Sant Seechewal himself drive the 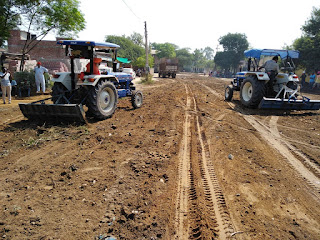 tractor to make them even. On this juncture he said that there is need to act unitedly to make the environment free of pollution. He said that natural water resources are the base of our successful life and to save them is the need of hour. He asked for the cooperation from the people of area to beautify the every path leading to pious city Sultanpur Lodhi, and also to plant the fragrant plants alongside the paths before 550th Prakash Purb of Guru Nanak Dev Ji, on this occasion President Anhad welfare Trust Gurpreet Singh Sona and Media incharge Sukhwinder Singh and Mohan Singh appealed to adopt positive thinking towards trees and water. Before it the plants that were newly planted on the Bebe Nanaki Marg were watered and more shady trees and flower plants were also planted.