Penalty is not a solution to the problem, the lives of people are on the stake.:- Sant Seechewal 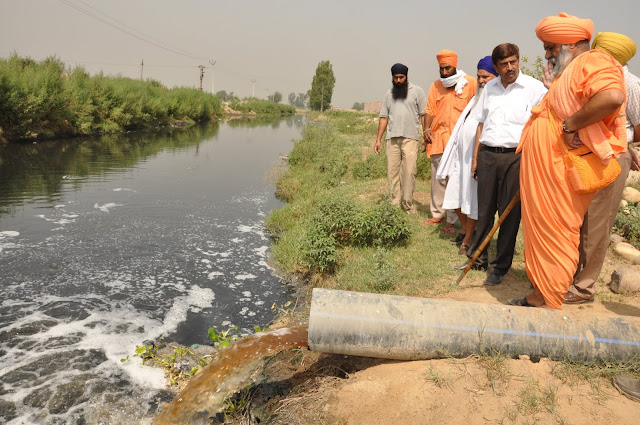 Case of polluting rivers
Committee constituted under the leadership of Sant Balbir Singh Seechewal submitted the report to NGT...

In order to save the rivers Sutlej and Beas of Punjab from pollution the National Green Tribunal announcing the important decision penalised the Punjab Government for rupees 50 crores . This is for the first time that Punjab has been fined such a big amount for polluting the rivers. Smt Shobha Singh from Rajasthan has filed a case in NGT on 19th May 2014 against the supply of poisonous water to Rajasthan through canals. 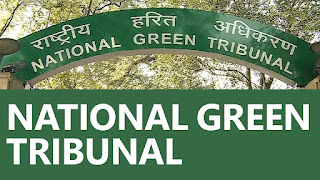 After the duration of the case running for 4 years, NGT, making the Central Pollution Control Board as a nodal committee had constituted a supervising committee and environment lover Sant Balbir Singh Seechewal was taken as a member. Sant Seechewal had thoroughly inspected the 14 treatment plants around Sutlej and Beas rivers and only one of the treatment plants was found working properly. Many meetings of the Supervising committee were held at Delhi, Ludhiana and Jalandhar and most of them were presided by Sant Seechewal. He had advised Punjab Pollution Control Board, local Bodies Department , Sewage Board officials and the officials of other departments and appealed them to make some solid policy to keep the Punjab rivers clean and tidy and to take their constitutional responsibility properly. He also told them to enforce  1974 act strictly to stop contaminated waters from being thrown in the Punjab rivers.
Providing a solution to keep the water of the Punjab rivers clean, he said that the treatment plants those are installed have been designed for the capacity of 135 ltr whereas capacity of flowing water is 300 ltr, due to which treatment plants are overloaded before its time. So ,that as much of water from the earth should be pumped out that much could be treated. Flow meter should be installed  on the bypass system of treatment plant so that contaminated water through bypass could be measured.  Contaminated waters from the cities and factories of Himachal Pradesh in big quantities are also being thrown in the resources of Beas and Sutlej rivers.
The water that enters in the rivers of Punjab for the last many years has changed from A grade to B grade. Himachal pollution control  board should be instructed to stop the pollution. Sant Seechewal said that this penalty to Punjab Government is a message that rivers water should not be contaminated, whereas he added that the fine is not a solution to the problem. The administration officials responsibility for making the rivers contaminated and poisonous should be fixed and they should be made answerable.