Day is not far away when people will carry with them Oxygen Cylinder while going out..!!!

Increasing air pollution in the whole world has made the life of every person miserable. In India the condition is worsening day by day. If we talk about the capital of India, Delhi, here for the last 2 months circumstances have become like health emergency. Along with it the atmosphere of whole nation has gone worst. If we talk about the air quality since 2015 till now its average quality index for the last three years is about 400. Among the 20 most polluted cities of the world 14 cities alone are that of India. Kanpur is on the top in this list. After it Faridabad, Varanasi, Goa, Patna, Delhi and seven such big cities are serial wise most polluted. Under such circumstances people are compelled to wear masks while going out of their homes ,there also they are becoming prey to lungs cancer like dangerous diseases. Some time before the health experts have made the study of the affect of 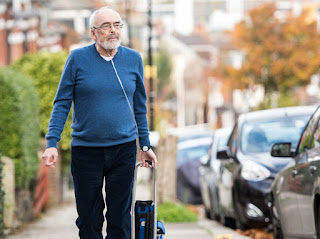 pollution on the human lungs. Dr Arvind Kumar the president of chest surgery of Lung Care Foundation founder trustee of Sir Ganga Ram hospital told about it that for the last 30 years he has seen the colour of the people's lungs changing. Before it there used to be a black layer on the lungs of those people who smoke, whereas the colour of other people's lungs used to be pink but now lungs of almost all people looks black.  The experts agree that polluted air has such great affect that every human is inhaling dangerous smoke or smog equivalent to smoking 15 to 20 cigarettes per day. 9 out of 10 people in the world are breathing polluted air. About 7 millions people are dying every year due to air pollution. Among them old aged and less educated people become prey to the air pollution. Due to the affect of air pollution breath diseases  among the people are increasing every year. Experts are of this opinion that day is not far away when people will carry with them Oxygen Cylinder like water bottles while going out of homes. Fact is that many companies have started the online sale of the carry oxygen cylinders. Some time before according to an article published in the Global Market Inside the business of oxygen cylinders market is expected to reach 4.5 billion US dollars upto 2024. Where people are facing breathing problem due to smog in the environment  there is also increase in the accidents. The air quality of the air is measured with a special instrument. This instrument measures the air in 8 parameters. After measuring P.M.2.5, P.M 10, Amonia, Sulphurdioxide, Oxide of Nitrogen, Carbon Monoxide, Carbon dioxide, Ozone with this instrument quality of air is assessed. Air breathing quality is fixed like this. 0 to 50 index is considered quite good. After it 51 to 100 and 101 to 200 is considered medium. After it 201 to 300 index of air is bad and 301 to 400 is considered very bad. When this air index reaches 401 to 500 then it is considered very serious.