For the honour of Air, Water and Earth mother such many posts can be sacrificed. 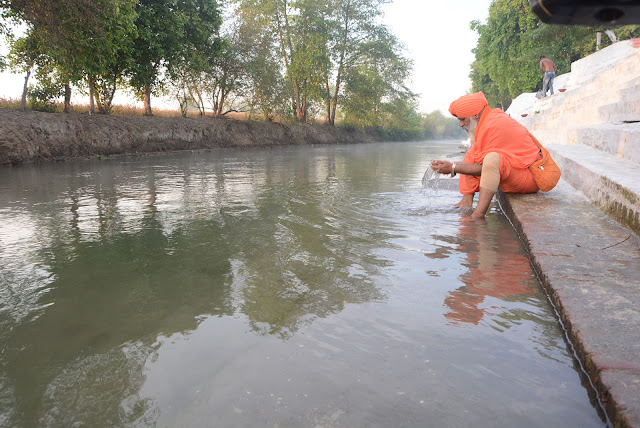 For the honour of Air, Water and Earth mother such many posts can be sacrificed.
On the report submitted by environment lover Padma Shree Sant Balbir Singh Seechewal, Punjab Government was fined rupees 50 crores by the National Green Tribunal and after that the issue of relieving Sant Seechewal from the membership of Punjab Pollution Control Board has become a matter of controversy. Whereas the social media is condemning the  government on other hand Padma Shree Sant Balbir Singh Seechewal is saying that loosing the membership of the PPCB will not affect him or his mission . Sant Seechewal said that the mission of purity and defending Air, Water and Earth mother is based on the message of gurbani, so to defend these three, such many posts can be sacrificed. It is for information that Punjab Government reorganizing the board has relieved Sant Balbir Singh Seechewal from the membership of the board. Sant Seechewal has been member of the board since 10th February 2014.
NGT had given responsibility to Sant Seechewal to provide new life to the rivers who are dying after bearing the poisonous pollution. About that Sant Seechewal submitted a detailed report on pollution in the Sutlej and Beas rivers to the National Green Tribunal and after that NGT penalized Punjab Government for rupees 50 crores. According to reports it was pointed out that the treatment plants those were installed in Punjab to treat the dirty waters was just a eye wash.
Most of the plants had become scrap and those which were working were pushing the water in the rivers without purifying. It was made clear in the report that solid waste removal in the sewage treatment plants was being handled with carelessness. Due to this carelessness water of river is becoming polluted, quality of land water in the surrounding areas of the river is also declining. There also the danger of increase in serious diseases in the lives of the residents of Rajasthan exists, as they are being supplied drinking water through this river. In a special discussion meeting with us, NGT supervising committee appointed member, Sant Balbir Singh Seechewal said that the issue of natural resources pollution is quite serious and is of great worry and if joint efforts to make it pollution free are not done then it will prove disastrous. On the question of PPCB membership relieving, he said that when he was not the member he had been raising the pollution issue of the rivers and will carry on in the future. But it is matter of regret that instead of bringing the culprits to the limelight Punjab Government is trying to suppress the voice of truth.