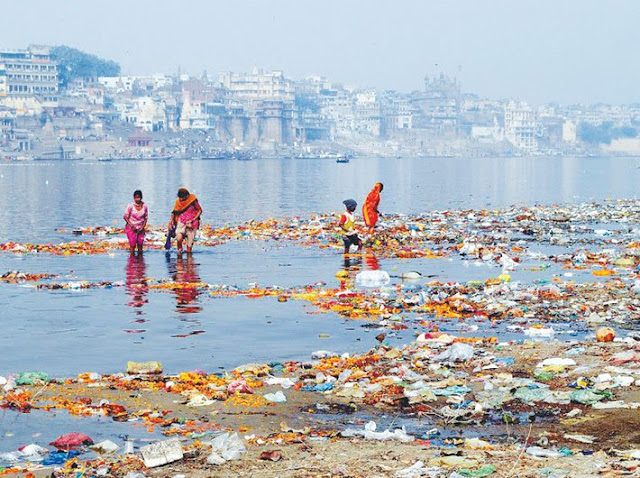 In India water is considered a deity and is worshiped. That nectar like waters have been imparting life , those rivers and streams waters have been made lifeless by mixing in them the dirty and poisonous waters of villages and cities. Presently 65 % of the Indian rivers have become dangerously polluted. Sutlej, Buddah Dariya, Chitti Bein, Kaveri,Bhadra, Krishna, Godawari, Kumaradhara, Tunga, Kali, Bhima, Shimsha and many other hundred rivers are included in it . Sutlej, Ganga and Yamuna are polluted to such extent that not only for human but it is not fit for animals and birds and even for agriculture. This thing has come to limelight through reply to RTI by Central Pollution Control Board. According to C.P.C.B the cities inhabited on the banks of  the nation's rivers are doing much harm to nature because most of the cities are without treatment plants.
According to reports of C.P.C.B on the quality of the water that of 521 rivers of the nation only 198 rivers are flowing with clean water. Among these most of them are small rivers. The big rivers of the nation are mostly under the curse of cities garbage. Political and adminstrative carelessness has made the nation's rivers, streams and ponds poisonous. Mixing of contaminated waters of villages and cities has decreased the ratio of oxygen in the water. Due to that thousands of aquatic species in the rivers have vanished. The people of the villages residing on the banks of rivers are drinking water without purifying. They are dying of dangerous diseases. If we discuss about the cleanliness of the rivers there is no state where garbage is not thrown in the rivers. The condition of Maharashtra which is considered house of businessmen is worst of all. Here only 8 rivers are clean whereas 45 rivers are polluted. After it Uttrakhand the land of Ganges 9,Bihar 3 and UP 11 rivers are facing the curse of pollution.

Only pure environment and healthy society can save the existence of a nation. 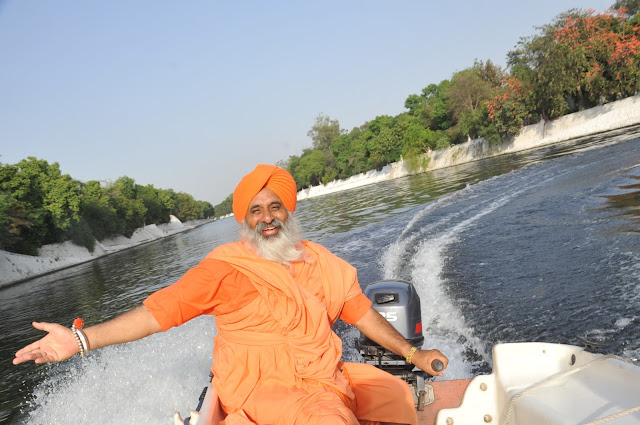 Where the all rivers of the nation due to pollution have become a serious problem there in Punjab Guru Nanak Dev Ji feet touch Holy Kali Bein after becoming pollution free with kar sewa under the leadership of Padma Shree Sant Balbir Singh Seechewal has become a matter of discussion in the world. Sant Seechewal after treating the contaminated waters of 150 villages and 8 cities is supplying the water for agriculture purpose. The poisonous water that was contaminating the natural resources of water and was being directly drunk by the people of Malwa and Rajasthan. They have also got big relief. Famous as a Seechewal Model in the world, the rivers of the nation can be made pollution free on less expenses with this model. Where contaminated waters have become a big problem for the nation, by using that water for agriculture we can save millions as fertilizers expenses. Nation's rivers will also be pollution free, dream of organic agriculture will also be fulfilled. The people of nation will also be healthy and millions will be saved as medicine expenses.Environment of the nation will be clean and pure and healthy society will be created.