Supervising Committee made a visit to the Chadha Sugar Mill 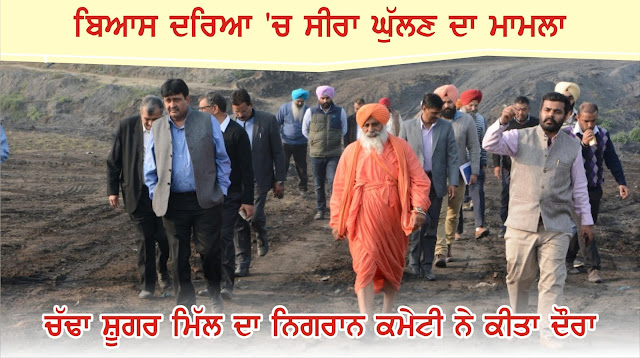 Environment lover Sant Balbir Singh Seechewal presiding over the meeting of the Supervising committee made by National Green Tribunal scrutinise the reports of different departments in the case of Chadha Sugar Mill. In the meeting held in the office of Punjab Pollution Control Board the official of the Central Pollution Control Board Mr Chandra Babu took the reports on mixing of sheera carelessly in the waters of Beas river. Supervising committee inspected the place where a blast at the storing stock of sheera had occurred and the sheera on large scale through drain had mixed in the waters of river Beas.  Due to which the fish on large scale and other aquatic animals had died due to carelessness of Chadha Sugar Mill the member of 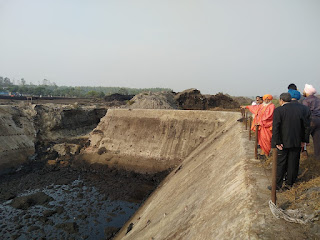 legislative assembly of Bholath area had lodged a writ petition to NGT against this big tragedy. NGT has given this case to the Supervising committee of which Sant Balbir Singh Seechewal is a member. Supervising committee inspected that place of Chadha Sugar Mill where the barrage of sheera store had broken. According to information before the visit to Keedi Afgan officials of mill had also attended the meeting, Supervising committee also gathered the information about controlling the sheera and what arrangements were made by Punjab Pollution Control Board in the case of leaking of sheera ,information about this was also taken.  Sant Balbir Singh Seechewal told that on this report to NGT is to be submitted within 3 months and about it meetings have been held before. It must be remembered that on the report submitted by Sant Seechewal as a member of the supervising committee made by National Green Tribunal on polluting the Sutlej and Beas rivers Punjab Government was fined rupees 50 crores. It first time happened that Punjab Government was fined a big amount for polluting the rivers of Punjab. To collect this fine and to keep the rivers clean and pollution free the next meeting of NGT will be held on 22nd February 2019.