In the field of sports one more jewel added 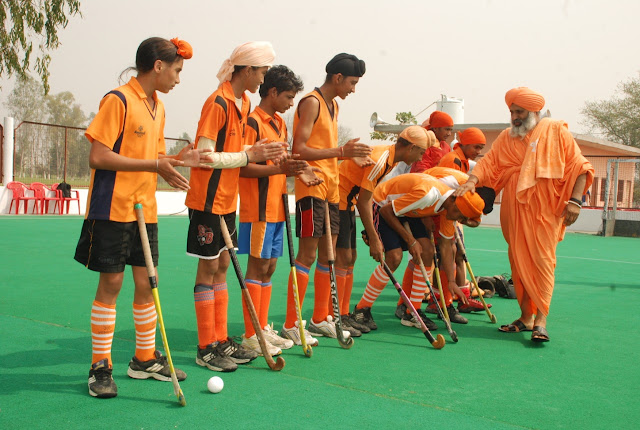 It's worth mentioning that Padma Shree Sant Balbir Singh Seechewal whereas has been fighting a war against Punjab's Environment pollution for the last 19 years there also he is engaged in the field of sports since 1999 continuously to save the youths of Punjab from addiction of drugs and other bad habits. To prepare the good players in hockey, wrestling, Kabaddi, Rasakashi and water sports 5 coach has been provided to the players. Astro turf for hockey, Gaddas(Mats) for Wrestling, stadium with modern facilities and a Jim for the players has been provided. All facilities to the players free of cost are being provided by Ek Onkar Charitable Trust.

In the field of sports one more jewel,