Why Environment and Water pollution not an election issue in Lok Sabha campaign:- Sant Seechewal 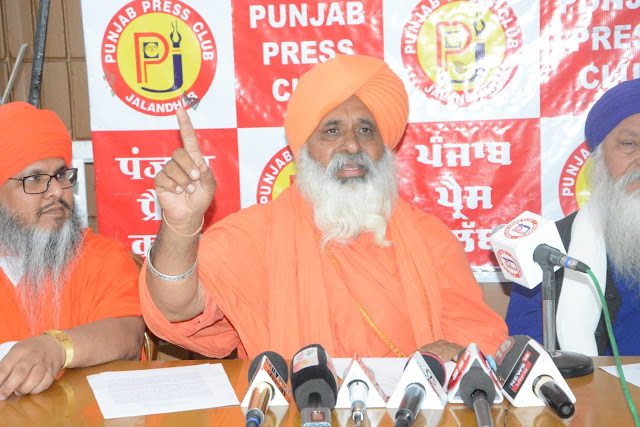 Leading the Sant Samaj, renowned environmentalist Baba Balbir Singh Seechewal Monday questioned the political parties contesting Lok Sabha Elections that why water pollution was not an election issue for them.


Baba Seechewal said that it was a matter of deep concern that rivulets in Punjab were getting polluted, drains were turning into dirty ‘nallah’ and ground water table was depleting fast. “Despite such an alarming situation, none of the political parties have made environment and water pollution a poll issue”, he said.

Talking to the media, Baba Seechewal, who is famous for cleaning the pious Kali Bein in Sultanpur Lodhi urged the voters to question the candidates from all political parties to share their agenda on saving environment. “By blatantly discharging toxic water of villages and cities into rivulets, people were being denied their right to live. The state was in the grip of cancer but such serious issues were of no concern to any political party”, he said.

“Even Buddha Nallah in Ludhiana, which used to be known a Buddha Darya (rivulet) at one point of time, Kala Sanghian drain, Chitti Bein and Tung Dhab drain had been polluted because of rampant discharge of toxic water and waste of factories. The polluted water from these rivulets was getting mixed through the rivers and canals of Punjab into Rajasthan, hence damaging environment and human life”, Baba Seechewal added.

The environmentalist asked the voters to put up banners outside their houses, questioning that why did the government fail to identify the violators who polluted the rivers in Punjab. “It is the officials of Punjab Local Bodies Department, who were directly responsible for polluting the rivers in Punjab. At the same time, Punjab Pollution Control Board (PPCB) officials were also responsible for their failure to act strict against the violators”, he added.

Earlier, Baba Seechewal pointed out that Water Act 1947 and Canal and Drainage Act 1873 was being flouted with impunity in the state. “Neither the political parties speaking on this issue nor the officials were performing their duty”, he maintained.