Selection of the Punjab team for the National Dragon Boat Championship 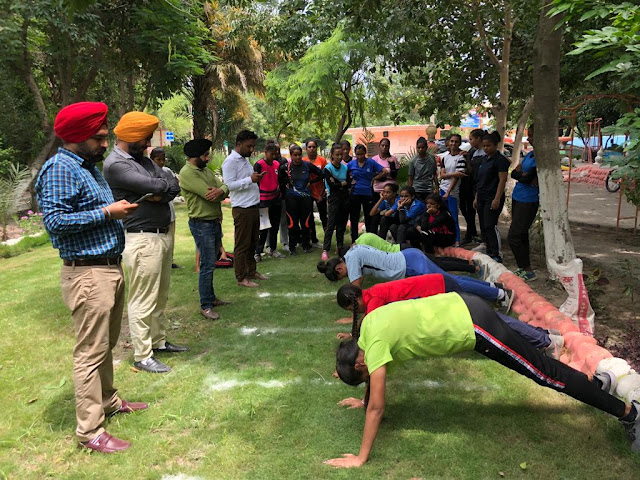 The selection of the Punjab team for taking part in the 8th Senior National Dragon Boat Race Championship to be held at Darbanga Patna  (Bihar) was done today at the Holy Kali Bein Sultanpur Lodhi. 31 boys and 21 girls were selected for this championship. This information was supplied by the Sant Seechewal Water sports centre coach Amandeep Singh Khehra. He told that this championship for both boys and girls in Bihar is going to be held from 31st August to 2nd September. He said that the trials for the selection of Punjab team for the boys and girls were held at Sant Seechewal water sports center Sultanpur lodhi. About 70 players from the whole Punjab took part in the trials. Among these 31 boys and 21 girls were selected. The practice camp of the selected players will start on 12th August at Sant Seechewal Water Sports Center. Selected team will leave for Darbanga Bihar on 28th August to take part in the 8th Senior National Dragon Boat Race Championship. On the basis of this championship the players for the Indian team will be selected for the South Asian Dragon Boat Championship to be organised at Sultanpur lodhi in October, dedicated to 550th Prakash Purb of Guru Nanak Dev Ji. Sant Seechewal Water sports center cashier Gurwinder Singh Boparai told that this practice camp is being organised under the leadership of Sant Balbir Singh Seechewal Ji. The diet and accommodation for the selected players will be provided free by the center.
On this occasion Sant Seechewal congratulated the selected players and motivated them to work hard in future and to bring laurels to the nation. He said that if our surroundings are clean, we will be healthy and will be able to take part in the games.
These trials were organised under the leadership of Head of the Water Sports Center Padma Shree Sant Balbir Singh Seechewal Ji. On this occasion Pawan Kumar from the Sports department of Guru Nanak Dev Ji University, Prof Bhupinder Singh University College Verka Amritsar, Paramjit Singh from Physical Department of Guru Nanak Dev University, Gatka Coach Gurwinder Kaur and Seechewal Sarpanch were also present.