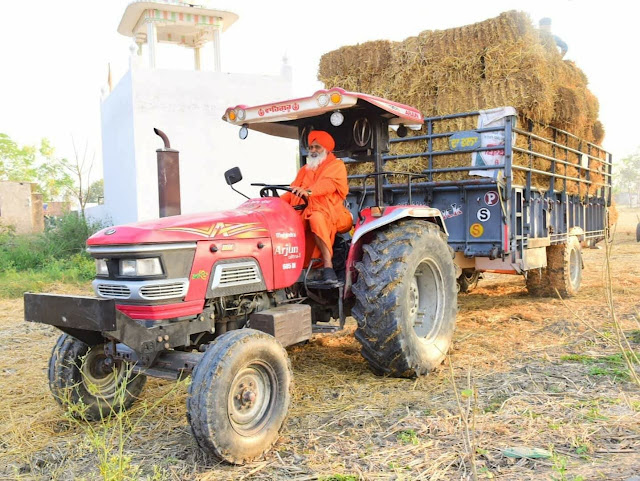 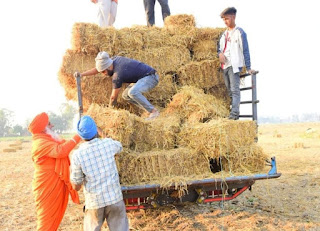 In order to run this campaign successfully the farmer Harpal Singh gave his land on lease and helped the other farmers and carried out his duty sincerely. Sant Seechewal told that for this mission two tractor machines and nine tractor trolley were used and more than 35 youths were engaged in binding the bundles and helping in loading. The least expenses have been charged per acre from the farmers. He said that now farmers are becoming aware of towards environment. The farmers have waited more than a week for their turn for collection of the stubble and have not burnt the stubble. Farmer Tega Singh who has been mixing the stubble in his fields for the last 6 years said that taking motivation from Sant Seechewal the farmers of Dona area have taken an initiative to gather stubble instead of burning it. Farmer Tega Singh told that he has been ploughing stubble in the fields and due to it he has to use less manure for the next crop. He said that the big farmers have purchased their machinery but Sant Seechewal is helping the small farmers.