If the plants are not started till 31st March 2020 the fine of 5 lacs will be levied every month: NGT 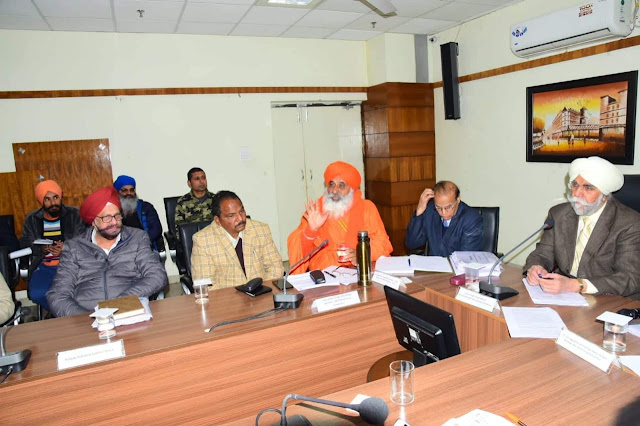 Pakistan made a bundh on the polluted waters entering Punjab

The team of the Monitoring Committee made under National Green Tribunal and under the leadership of the Chairman Justice Jasvir Singh, in the last two days at Fazilika took the samples of the ground water being polluted, warned the officials to install the treatment plants in the scheduled time otherwise will be penalized with the fine of even 10 lacs every month. Including Justice Jasvir Singh, Monitoring Committee members ex chief secy. Punjab, Environment Lover Padma Shree Sant Balbir Singh Seechewal and Babu Ram took a view at the instance that how the people are becoming prey to the dangerous diseases due to polluted drinking water. The water samples in the villages of Fazilika area have failed in the past.
Justice Jasvir Singh issued instructions to the Deputy Commissioners and the other officials present in the meeting that the treatment plants in the concerned districts should be started before 31st March 2020. If the work is not started on the scheduled time then every STP of every district will have to pay a fine of five lace every month. If these plants do not start cleaning the water before 31st December then every STP will be fined 10 lacs every month. 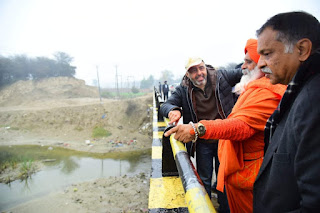 Justice Jasvir Singh said that no carelessness towards people will be borne. The team itself would keep a watch. He said that some time back the samples of the water of these five districts were taken which also failed. The treatment plants running on papers were also not in the working condition. In the border area of Pakistan nearby the poisonous waters of leather industries in the city of Kasoor is also affecting this area to a large extent. The poisonous water of Kasoor has been found that of E grade. He said that 1100 scientists of the world have submitted a report that if the responsibility to lessen the pollution is not taken whole heatedly, the earth will not remain worth living after 100 years.
He had also a talk with social worker Vikram Ahuja who had made a complaint to the NGT. Taking action on it the Monitoring Committee made a tour of the Sem drains of Fazilika on the first day. This team started the inspection from Kotha Thagni to village Kabool Shah, Jhangar Chauki, Ghurami and Asafwala and reached Karnikhera Sem Drain. During it water samples of four places were taken. On this occasion the complainer farmer Vikram Ahuja told the monitoring committee that the five villages of Punjab Shree Muktsar Sahib, Faridkot, Ferozpur and Moga being geographically high, so the polluted waters of town councils and villages through 21Sem drains goes through Fazilika. Due to its polluted waters about 132 villages of Fazilika are badly effected. Due to which and falling of poisonous waters dangerous diseases are spreading in the border area. According to an information a bundh has been made on the upper of the drain that goes to Pakistan, due to that the water is coming back to Indian Punjab.