Self-confidence, patience and proper precautions will prove as the symbol of the victory over corona 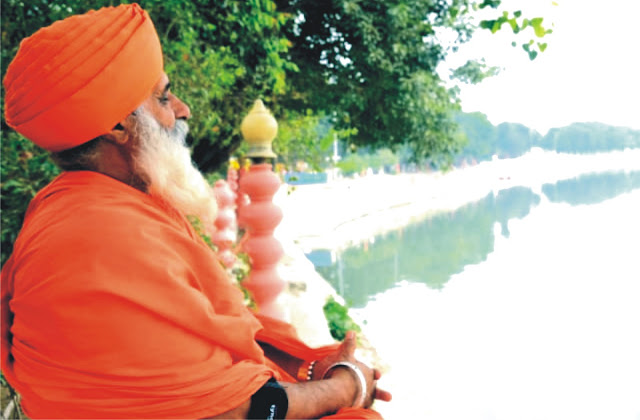 Self-confidence, patience and proper precautions will prove as the symbol of the victory over corona

In the present time the human has been spending his much of the money on making weapons and bombs. Every country is of the opinion to make bigger and powerful weapons, so that he could defeat the other country. If we would have done the efforts to save the nature and humanity then we would not have been so helpless today. Figures, tell us that more than 41 lac people are suffering from corona pandemic and more than 2.84 lac people have died. During this, more than 15 lac corona victims have been cured. The figures of corona victims in India are also increasing rapidly. An agreement was made over the environment at France but many countries have backed out of the agreement but today these countries are also reeling under the corona virus. The machines all over the world now are stagnant and it has resulted in big change in the world environment. It is needed to make the people aware of properly about corona rather making it a bugbear. There may not be any allopathic treatment of it but efforts are being done through ayurvedic.

According to doctors due to phlegmatic problem in the throat of the patient breathing becomes difficult, that becomes the big cause of death. According to ayurvedic black pepper, turmeric, ginger, cloves and hot water clear the throat from phlegm. This can lessen the danger of virus. We should also try homeopathy. We should put pressure on our governments to improve the healthcare and environment. There are some points and by obeying them we can come out of this crisis easily.  It's most important to take care of the poor, especially the migratory labourers and local poor people should be taken care of. The people living in Jhugian Jhoprian haven't even clothes to wear. Although the government has given them the permission to work and to earn their livelihood but due to lock down there are many other problems they are facing.

Be aware of the rumors

There is a need to be aware of the rumors during this corona pandemic. Few days ago rumors about us were also spread. There is a need to be alert rather than believing in rumors. Many rumors are being spread on facebook, whatsapp and social sites. We should be beware of them. It's not time of fun. We should think about the welfare of others. People are already afraid of, if we make them more afraid of with false and baseless rumors then that will be harmful to them. By obeying the the instructions of the doctors and the government we should make aware of our children and elderly persons of our homes, to take precautions and to obey the instructions.

Pray for the welfare of all

At this juncture we should pray for welfare of all. We should recite Gurbani in our homes. We should educate our children to take care of themselves and to recite the name of the God. The people who think it a prison to sit in the homes are not connected to the name of the God. If we will pray to God whole heatedly we'll feel relieved and will receive power to fight the corona virus. During corona virus our relationship with nature tells us that "Parmeshwar te bhulia viapan sabe rog". We are going away from the God. Being cut off from the nature and to forget the God are cause of diseases. By ignoring the nature we cannot reach the creator. "Pawan Guru, Paani Pita, Mata Dharat Mahat. " If we will honour Air, Water and Soil then the whole world will live happily. Today all type of creatures are happy and free but human are caged in their homes helplessly because they have cut off their relationship with the nature. Today due to improvement in the environment pollution many patients who were ill of asthma and were unable to breath are automatically being cured. So, there is a need to be connected with the nature, so that we may come close to the God and in future we may Survive from such diseases.

There is a need to maintain the relationships

It is inhuman behavior to hate someone due to the fear of corona virus. It's very bad thinking of the people who are not allowing for the last rights of a person who had died of corona virus. These last rights are done under the supervision of the doctors and the health department with complete security. We should take precautions but it's inhuman to break the human brotherhood. Everyone is to die. The doctors and nurses who are engaged in treating the corona virus affected people, they are also sons and daughters of someone. They have also families. They are risking their lives in saving the others. Such behavior of the people during such tragic time makes the tragedy more serious and there is a need to be away from such things.

Self confidence and patience is needed most

Although no solid treatment of corona virus is yet found, yet we should maintain our self confidence at this time of crises. Today developed countries of the world are on the top in medical treatment but they are helpless before this pandemic. There is no need to be afraid and to worry. We had been fighting the viruses in the past, especially the persons who used to be soil with the soil are capable to win many viruses. We also became aware of when some time ago 'Padma Shree Bhai Nirmal Singh Khalsa' who died was found corona positive, Then we also became alert and our samples were also taken by the doctors and our report was found negative. Today doctors are advising to wear masks while going out.

When our elders used to make toodi ( wheat straw) or give fodder to the cattle ,they used to cover their mouths with turban cloth that means that dirt should not go to the mouth. That used to be thicker than present masks. Now the same thing doctors are advising. Today people are even committing suicide under the fear of this virus. Being corona positive doesn't mean that the person is a criminal, we should have sympathy with him rather we should encourage him. If a person goes mentally weak, then no medicine will work but if a person decides to fight strongly then he will be half cured instantly. Untill we don't allow this virus to control us it can't harm us. We should not hide it. If we see any symptoms of this virus we should contact the doctors immediately. Our governments are trying their best on this. As compared to other countries our country had forced lock down on time. So, it's our duty to stay indoors and cooperate the government during this lock down and keep up our self confidence and patience so that we can win over this pandemic.