More than 10 lac people in the world die with... 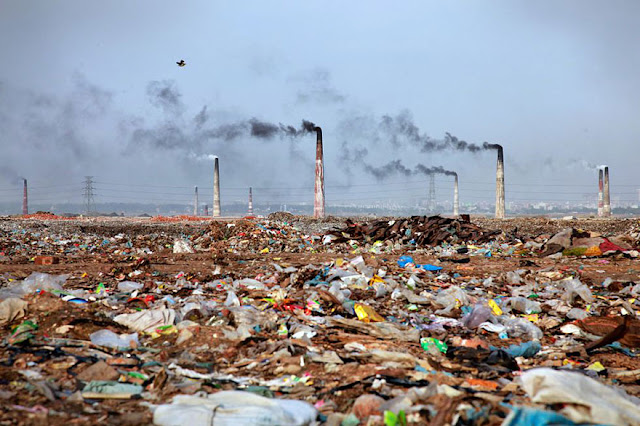 10 lac people in the world die with pollution every year

When we go through the history of the world the epidemics have affected the humans badly. Covid-19 has come in the year 2019. About it the journalist Michael Specter had written in the year 2006 that some such virus would come that would create destruction in the world. 15 years ago he had written in an article that ‘if it happened we would have no time to made some medicine for its cure.’ It would take much time for making its vaccine, millions of people would have to live in quarantine, It would go out of our capacity to control the patients and the dead.

In addition to diseases other natural calamities are also causing great destruction. Number of innocent people are dying in the wars. Some of the areas in the world are always are turned into the field of war somewhere. It doesn't happen itself there is always some conspiracy or politics behind it, that is out of reach of the common people to understand. 10 lac people in the world die with Air Pollution every year. Because the common people are not able to get their daily bread. The common people spend their whole lives to save themselves and their families from hunger, wars and disease.

The corona virus that started from the city of Wuhan (China) has involved the whole world swiftly. Due to which more than 63 lac people are suffering from this man made pandemic only in 6 months. More than 3 lac 80 thousand people have died so far. The people are caged in their homes due to lock down imposed by the governments of every country for the social welfare. The rivers, streams, animals and birds and vegetation and nature spreading colorful frangrance all around. Due to corona the relations have broken at many places. That the children have refused to accept the dead body of their mother. About more than hundred million people in the world are affected with the pollution. Billions of people in the world are yearning for clean and drinking water. 5000 people in the world are dying daily due to contaminated waters, means 1.50 lac people are dying every month due to drinking contaminated waters. Aren't these figures more dangerous than corona virus? 10 lac people die with the domestic air pollution As per Niti Ayog report of 2018 more than 2 lac people die every year with polluted waters. According to UNO, 7 billions kg. of garbage is dumped in the seas of the world every year. More than 10 lac sea birds and more than 100 million indigenous sea mammals die every year. So called great power America's more than 46 percent lakes are most polluted. America alone spreads 30 percent pollution by using 25 percent of the natural resources. One trillion gallons of contaminated waters through sewerage and industrial waste is being thrown in the rivers without treating. More than 30 lac children in the age of zero to five in the world are going in the mouth of death due to pollution every year.

China is the maximum producer of the carbon dioxide in the world and America comes second.America itself has turned out from the Paris Environment Agreement. In the great historical river of India more than 80 percent of contaminated water is flowing. 1.5 lac matric ton of garbage is being produced by the Indians. One lac millions of poisonous waters are being flown through more than 325 main rivers. 60 percent of the Indian people are living without sewerage system and they are dumping their waste in the rivers. 5 billions of people in the world are living without sewerage system. 40 percent of the deaths in the world are caused due to environment pollution. 3.7 billions of people in the world becomes prey to malnutrition and diseases.

According to World Health Organization report, in the 20th century 10 cores of people in the world had died due to using tobacco and in the 21st century the figures can increase one billion. 10 lack of people in India are dying every year due to using tobacco. These figures are sufficient to open our eyes. These figures show that more people in the world are dying daily in the world as compared to corona pandemic. Aren't there any human rights for such innocent dying people? The people could have been made to understand rather than creating terror of corona among them. It's a matter of discussion. After all when our governments will consider the poor, the laborers, the helpless and wretched people as human beings, it's a big question that the people will go on asking until the sound of the coming of the revolution will reach the ears of the rulers.

Baani tells that' Parmeshvar te bhulia viapan sabhe rog'. We are forgetting the God. To break up from the nature or to forget God are cause of diseases. We can not find God by going away from nature. 'Pawan Guru, Paani Pita, Mata Dharat Mahat.' If we will honor air, soil and water then the whole world will live happily.