Plants being planted on the roads of Dona area will strengthen the brotherhood gesture. 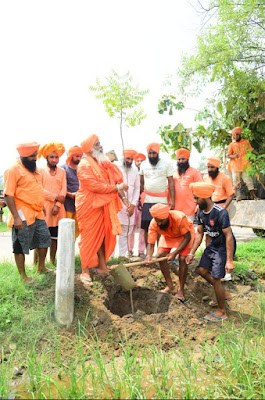 Preference is being given to the traditional trees of Punjab.

During the campaign of plantation under the leadership of Environment lover Padma Shree Sant Balbir Singh Seechewal Ji, 400 plants have been planted on the roads of Dona area. These plants have been dedicated to the 400th Prakash Purb of Shree Guru Teg Bahadur Ji. Sant Seechewal Ji told that Guru Sahiban Baani always preaches to have relationship with the nature. The campaign to plant 550 plants in every village was also started on the 550th Prakash Purb of Guru Nanak Dev Ji, that had attracted the people to plant trees in the villages.
He said that the capable gurus have always been the true guide. Among the big historic villages of Dona, at Talwandi Madho the trees on the roads of this village are being planted on large scale. The leading youths of this village Gurwinder Singh Boparai and Amrik Singh Sandhu said that preference is being given to the traditional trees of Punjab. They said in every area the special types of trees are grown and for the decades the traditional trees of Punjab are vanishing. Toot, Tahlian, Kikr, Jamun, Nimm, Bohad, Peepal, Pilkan. Beri and mango etc trees used to be the identification of the Punjab. The number of these  trees are lessening very fast.
The traditional trees of Punjab are being planted on the treatment plant made with desi techniques to treat the contaminated water of Talwandi Madho. Along with it the plants are being planted on the roads that were in the past the dirt tracks and with the karsewa of Sant Seechewal Ji on those roads, now the picture and destiny of the area has changed. 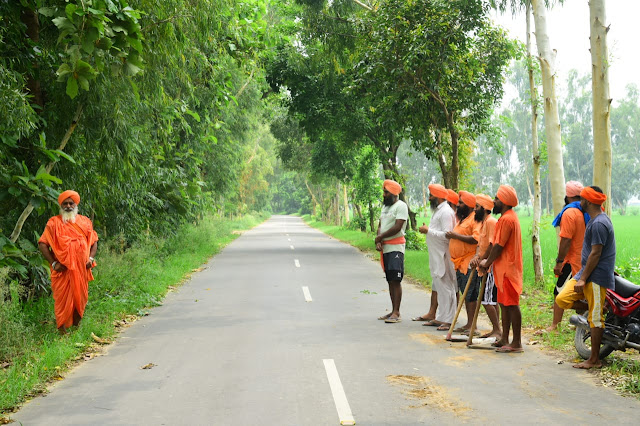 The Sikh Chintak Paul Singh France who had lead the Turban war at France said that the trees of Jamun and Nimm planted on the roads of Dona area present a beautiful view. They told that they often pass through these roads, whereas in the past these paths were surrounded with the sand dunes now passing through these tunnels of the groves of the trees we are deluded as we are going through foreign roads. We are really thankful to Sant Seechewal Ji for changing the picture and destiny of the area.