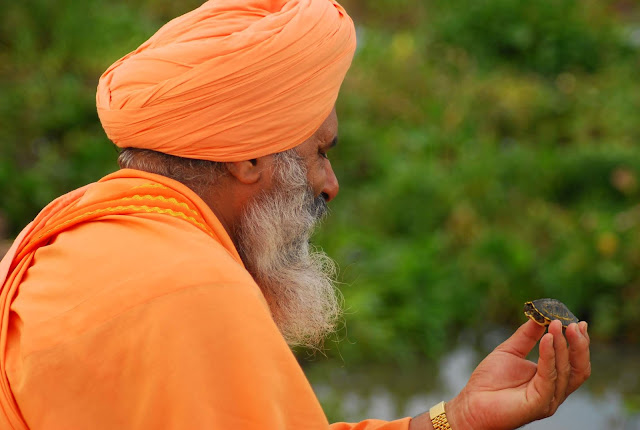 This time, village Seechewal of district Jalandhar has been selected for the Deendyal Upadhya Panchayat Empowerment Award, being given to the Panchayti Raj Organizations by the Central Govt. The amount of this award to the panchayat will be 5 lacs or 10 lacs. This honor is given on the basis of the works done by the Panchayat in the village. The residents of the village are happy to get this honor for the year 2018-19.

Their happiness is justified because they are entitled to it. There are play grounds for the children to play, women have made a committee for their personal problems, there are educational institutions for the students, laborers get work under manerega, the farmers have been provided proper irrigation arrangements. Moreover the birds have lush green trees in abundance.

A youth Tajinder Singh is Sarpanch of the village. Tajinder is educated and wise student. Student of master cadre music is doing Ph.D now. The people of Seechewal having trust and brotherhood, have elected him Sarpanch unanimously. According to Tajinder Singh its credit goes to Sant Balbir Singh Ji Seechewal, all panchayat members and the residents of the village as without them the works being done in the village were not possible. Tajinder tells that prior to him Rajwant Kaur had been elected Sarpanch unanimously by the residents of the village and during her tenure many works of welfare have been done and due to those works this honor could become easy.

Known as Environment Lover Sant Balbir Singh Seechewal had started the works of welfare from his village itself. Development of the whole area could become possible with the leveling of sand mounds and making the concrete roads. Today there are six link roads to the village Seechewal. The people of village Seechewal had elected Baba Ji as Sarpanch twice unanimously. Baba Ji with the cooperation of the panchayat and the residents of the village, completed the works that were pending for long time. In order to make the village pollution free, sewerage was put in the village, interlocks streets were made, plants were planted in the whole village, school and college were established, to make sports grounds and other many more works were done under his leadership.

Discussion on the cleanliness of the village

Facility of the clean drinking water

Tajinder Singh tells that when the selecting committee team of this honor had visited the village they were shown 24 hours water supply system in the village, they were very much impressed. Water meter in every house is installed and the people pay water bill every month. A generator has been installed on the pump site to avoid the water shortage. Every house get water supply regularly.

The discussion about sewerage system put about three decades ago in the village is being done in the country and abroad. Specialty about this sewerage put with desi technique is that there has never been problem of water blocking. There are small water houses in front of every house, that are time to time easily cleaned by the residents. The water of the whole village before going to village ponds passes through three wells, every type of garbage and silt is cleaned up. Prepared with taper walls the pond is not only without bad smell rather the flower and fruit trees spread fragrance all around.

Amazing effect of the dust of the sports grounds

There are many play grounds for Kabaddi, Volleyball, Kho-kho, Rassa-Kassie and Hockey at Seechewal. Where the players come for practice morning and evening. Hockey ground has Astroturf and is of international level. There is lighting arrangement in the grounds and the players can even practice at late hours. It's an amazing effect of the dust of the Seechewal sports grounds that here played many players have achieved the international honor.

A big panchayat hall fulfills the need of the costly marriage palaces.

A big hall built with the cooperation of panchayat fullfills the need of the marriage palaces on the occasion of marriage functions and samagams of the residents of the village. There is also a big kitchen, where food is cooked for the functions. Addition to joint village functions anyone can use the hall for their functions.

Avtar Community Radio had been established in the year 2012 at Seechewal. Giving the message on environment, health and education, the voice of the Avtar Radio has become a guide to the people of the area. Away from noisy songs, discussions on social problems with positive thoughts Avtar Radio is on the move to achieve the new heights.

Blessing of the plants nurseries

Sometimes surrounded with rough kucha roads and shrubs, Seechewal is now famous for plants nurseries. Like every year more than five lacs of plants were planted and distributed on the 550th Prakash Purb of Shree Guru Nanak Dev Ji. In the village there are trees of mango, amrood, nimboo, jamun, bohad, peepal, tahli and many others. The villagers themselves take care of these trees. Due to shortage of trees the number of peacocks has gone less in the past but now due to greenery in the village, more peacocks are seen dancing.

sources of knowledge School and college

It was time when the youth of the village used to go to Jalandhar and Nakodar to study. But now there are schools and college in the village. Education from nursery to MA is being imparted here. Govt. Middle School, Avtar Singh Yadgari Senior Secondary school and college is spreading the light of knowledge in the whole area. College Vice Principal Kulwinder Singh tells that as per message from Sant Seechewal Ji that none of the child boy or girl should be deprived of education has made the dreams of the needy students successful. Education in the school is given both in Punjabi and English. In the college BA, BCA, BSC and Master degree courses are going on.

Seechewal glitters with lights at night

At present solar lights have been installed in every street of the village. At night the street lights provide the view of day light. To meet all these expenses panchayat land lease money, Govt. grant and NRI's donations are the important factors.