Discussion on the preservation of the dolphins in the Beas river. 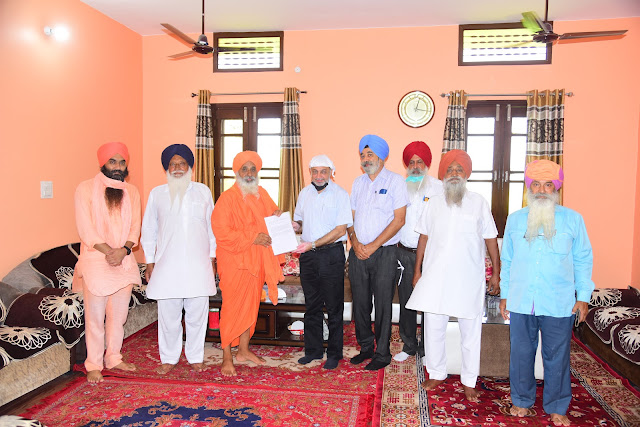 Ex. Head of the Punjab Wild Life Warden had a meeting with Sant Seechewal Ji

A discussion was made on the precautions to stop the affects on the aquatic animals, birds and wild animals while crossing over the natural resources of water at the time of the construction of proposed national highway from Delhi to Katra via Amritsar. A meeting between Environment Lover Sant Balbir Singh Seechewal Ji and the Ex. Chief Warden of Punjab Wild life on to stop the affects on aquatic animals of the Holy Kali Bein and in the river Beas was made, it lasted 1.5 hours. The farmers of Talwandi Pain and Mithra village also participated in the meeting as the national highway is to pass through their area. Starting from Delhi this highway is to be separated in two parts at village Kang Sabu. Both of the portions of the highway are to pass over the Beas river and the Holy Kali Bein. The chief warden of forest life Ex. Kuldip Kumar Lomis said that there are dolphins, crocodiles and udbala in the river Beas. When the water level in the river Beas is increased dolphins from Harike pattan come to the bridge of Goindwal Sahib. Same way at Kanjali wetland which is part of Holy Kali Bein the migratory birds come. With the construction of highway these birds and wild animals would take much time to understand the obstacles that would come in their way. A discussion was made on which places the bi-passes are to be made and to safeguard their lives.

Sant Balbir Singh Seechewal during meeting said that the youths of the area should be given some employment and Kisan Hutts on the highway should be made so that they could sell their organic products and could run their business. The farmers of the area told their problems and with the construction of proposed national highway the problems they are going to face. So, they asked for the crossroads under the bridges over the water resources so that they could take their crops and animals to and fro.