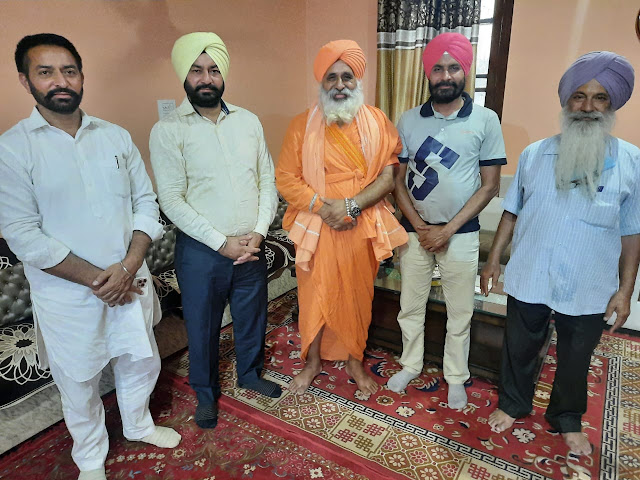 Controversy arisen between Doaba Bakery and the sewadars solved

Controversy arisen between the staff of Doaba Bakery and the sewadars of Sant Seechewal Ji has been solved.

He agreed that due to instigation of some wrong persons this issue got fouled baseless. He didn't want to make it more complicated and so he taking with him his brother and friends Surinder Babbu and Narinder Sonia, had a talk with Sant Ji and the confusion arisen with the sewadars has been solved.

On this occasion Sant Seechewal Ji said that the caretakers sewadars had many times complained about the parking of the vehicles by the city's people and throwing of the garbage by the Doaba Bakery on the banks of the Holy Bein. And that resulted in problem between sewadars and the staff of the Doaba Bakery. That confusion was today solved unanimously at the Sant Ashram.