The whole world will only become healthy when our environment will be healthy:- Sant Seechewal 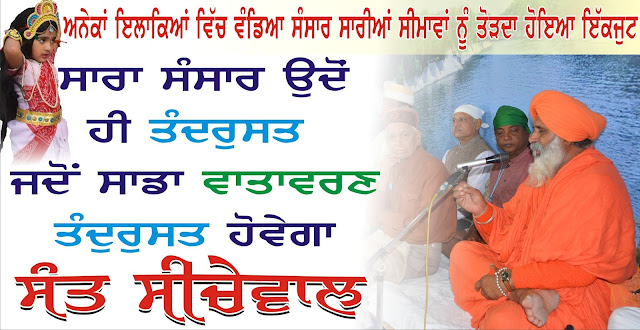 The whole world will only become healthy when our environment will be healthy:- Sant Seechewal
Divided in different areas the world, breaking all the boundaries should become United in this aspect. 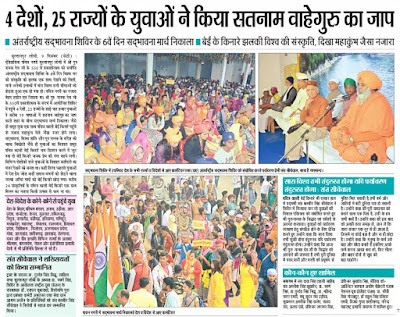 Padma Shree Sant Balbir Singh Seechewal addressing the great gathering of youths attending the camp said that until our environment is healthy then only we can expect our world to be healthy. He apprised the youths about the teachings of Guru Nanak Dev Ji. He asked the youths to get United on the issue of  worsening environment. He said that today is a need to adopt the teachings of Guru Nanak Dev Ji, then only the world will get rid of pollution of air, water and Earth. Only then, the world that is divided in the name of religion and castes can become a single unit. He said that the creator of the whole universe is one our Father and we are His children. It is to be understood that whole world has born from one Noor. None is big or small. Man's deeds make him big or small,so make it a habit to do good deeds then you will find yourself big both externally and internally.