Whereas the Gursangats connected with the name of Guru Nanak in the Whole world have been looking forward to the Historic Gurdwara Tahli Sahib of Shree Guru Hargobind Sahib Ji at Baler Khanpur as godly center of Spiritualism and Physical health there also they have complete belief that there every wish made with true heart at this pious place is fulfilled. The continuous flow of Gurbani at this place has made the lives of people colorful with spiritualism. 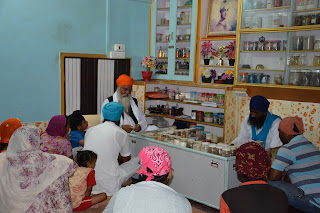 Sant Daya Singh Ji head Sewadar of this place, Gurdwara Tahli Sahib doing self- less service has rejuvenated this place. His positive thinking has helped in building a magnificent building of Guru Ghar at this place and kar sewa of this place is still going on. Sant Jarnail Singh Bhindran wale had forecasted about the construction of this beautiful building. The foundation stone of the building of old Guru Ghar was also placed by Sant Bhindran wale. 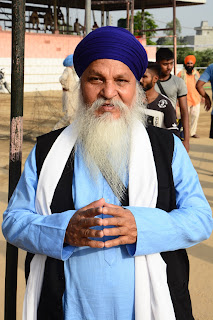 Sant Daya Singh Ji has devoted his whole life in  reciting the name of the God and in preparing Desi Medicines for the sick people. The works going on under his supervision has brought a major change in the lives of people. At Gurdwara Tahli Sahib ,Baba ji with his own hands gives Desi Medicines to the patients on every Sunday and Tuesday. The purity of these medicines is world famous . In the prep-ration of these medicines, the things being used are costlier than gold . The virtues to serve the  people have been passed on to Sant Daya  Singh Ji by his prents. His famous poet father and mother has imparted him with such values that he is serving the people spiritually and medically on the only inhabited planet of the universe.
After being appointed as Head Sewadar of the Gurdwara Tahli Sahib , Sant Daya Singh after moulding the people from the social evils has motivated them to be conmected to the sewa works of Guru Ghar is indeed a revolutionary step. To connect  these Gurusangats with the name of Akal Purakh in fact is a great work. 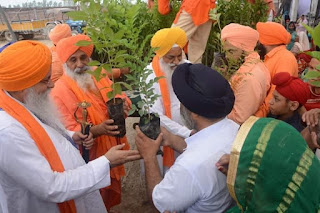 During Jaur Mela in the month of July ,every year hundreds of Sangats after, taking ‘Amrit Paan’ from ‘Khande Da Bata’ connect themselves to the Guru Ghar . with submission and hunbleness, has no comparison. The Mantra to seek victory from defeat, he gives, change the lives of gursangats. While talking on having the strong supervision on the welfare works, he says that if you have a strong will power then the destination itself will start coming to you. He even in adverse circumstances never leaves humbleness. The God has showered him with such goodness and greatness. 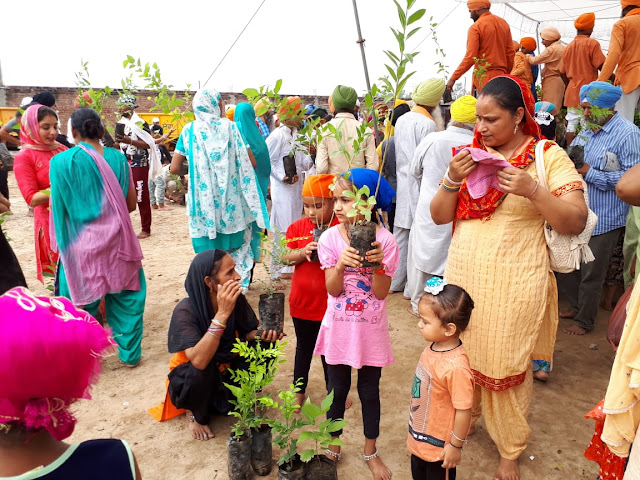