MLA Laddi Sherowalia told the chief minister the names of the villages who are engaged in selling the drugs. 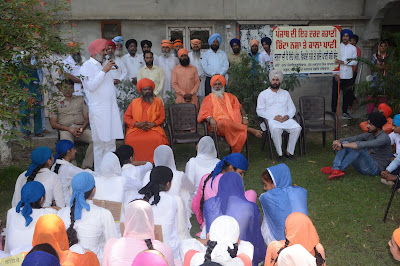 A rally against drugs taken out at seechewal.

Congress MLA from Shahkot Hardev Singh Laddi Sherowalia Saturday said he had informed C.M Amrinder Singh about two villages in Kapurthala district that had become den for drug peddling into neighbouring areas, including his own constituency. 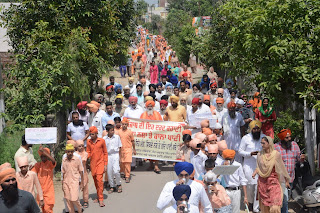 The two villages that Laddi named are Latianwala and Toti in Sultanpur Lodhi constituency which is also represented by a congress MLA Navtej Singh Cheema.
Laddi was speaking at anti –drug rally organized by Enviorenmentlist Baba Balbir Singh Seechewal in Jalandhar on Saturday.
Earliar Kapurthala MLA and former minister Rana Gurjit Singh who is said to be mentor of Laddi , had also targeted Sultanpur Lodhi police station house officer Sarabjit Singh for pushing youth into drugs. The SHO was later transferred to police lines. 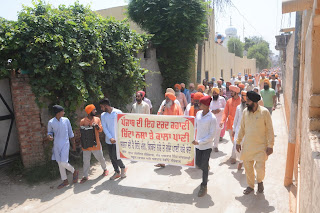 Latiawala and Toti villages along with Boot villages are notorious for drug –peddling.

Meanwhile, Seechewal, who had invited both Congress and Akali leader to his anti drug ralies saidm, the police needed to arrest the drug peddlers and smugglers and not the addicts who needed treatment. Rallies were held at Seechewal and in Sultanpur Lodhi areas,.