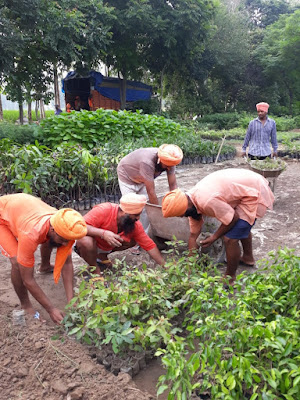 Plantation of 5.50 lacs plants will be done by year 2019.
Second batch reached from Saharanpur- Plants will be brought from the other nurseries.
Sant Seechewal made a call to take care of the

Before the forthcoming 550th Prakash Purb of Guru Nanak Dev Ji in 2019, 5.50 lacs plants will be planted in the different areas of Punjab. These plants will be purchased from different nurseries of the nation. Second batch of these plants has reached here from Saharanpur.
Sewadar Gurwinder Singh told that Sant Balbir Singh Seechewal, while leaving for England had given instructions that 5.50 lacs plants, dedicated to 550th Prakash Purb are to be planted. In order to arrange the plants, information is being gathered about the main nurseries from where good breed of plants could be collected. He told that 16000 plants have been brought from Saharanpur nursery. Sant Seechewal had started the campaign by bringing 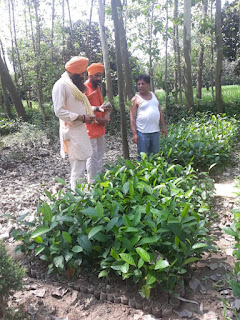 13000 plants. During the Smagams that will run for the whole year a special  attentionwill be given on plantation and preservation of the plants. He said that the call made by Sant Seechewal to ‘Adopt village Save Punjab’ is getting a good response from the villages. Sant Seechewal has asked every village to plant 550 trees in their villages. Gurwinder Singh told that maximum plants have been distributed this year. During 18 years until now 21 lacs plants from the nurseries of Seechewal, Sultanpur Lodhi and SohalKhalsa have been distributed or planted.


He added if more and more plants are planted only then Punjab could be Saved and balance in environment could be made. Plantation on large scale would bring good rains and there would be less floods. The farming in the Punjab only could be saved if heat and rains are according to the different crops.This all could become possible with the plantation and their preservation.