In spite of strict instructions garbage burned at various places... 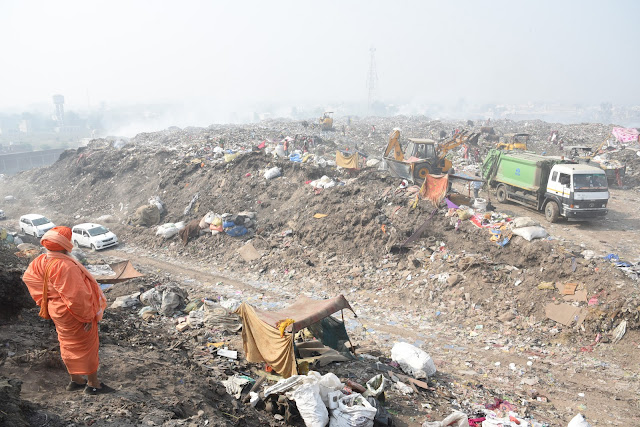 Taking in view the danger of increasing pollution and acting on the strict instructions of the National Green Tribunal, Deputy commissioner Ghanshyam Thori and Supervising Committee member Environment Lover Sant Balbir Singh Seechewal Ji taking with them the officials, inspected the garbage dump of Wariana and treatment plants. Inspecting team included Nagar Nigam commissioner and Punjab Pollution Control Board officials also. While inspecting the Wariana Dumping, the team was surprised to see that the garbage was found burnt at various places, whereas the Supervising head retired Justice Jasvir Singh in his last visit had given strict instructions to the commissioner to make a boundary wall around the dump and to fix barbed wire and also to treat the garbage. Nagar Nigam has not acted on the instructions, whereas more than 8 months have passed. Those officials were instructed to do the work in the fixed time.

Deputy Commissioner and Sant Balbir Singh Seechewal also visited the treatment plant of Leather Complex and Basti Peerdad. The people present there said that the treatment plant is only run at that time, when someone come over for the inspection. Otherwise the contaminated water is put in this plant without treating. Deputy Commissioner also visited Pholriwal plant and also saw the upgrading work being done there, he also instructed them to complete the work in the appointed times. He also instructed the officials to use the treated water of Pholriwal Treatment Plant for agriculture purpose instead of throwing it in the Jamsher drain And for this purpose pipelines should be installed after a discussion with the farmers of the area.

Sant Balbir Singh Seechewal told that the water of Pholriwal treatment plant is more than 200 MLD, and to use this treated water for agriculture purpose, the pipelines should be installed up to distant places, so that the farmers can take maximum benefits. He said that in the areas of Sultanpur Lodhi, Dasua and in many other villages such experiment has been done successfully, and with it the financial burden on the farmers is also lessening. On this occasion the Punjab Pollution Control Board X.En told that the bank guaranty of Rs 25 lacs of Nagar Nigam has been forfeited for failing to control the garbage. 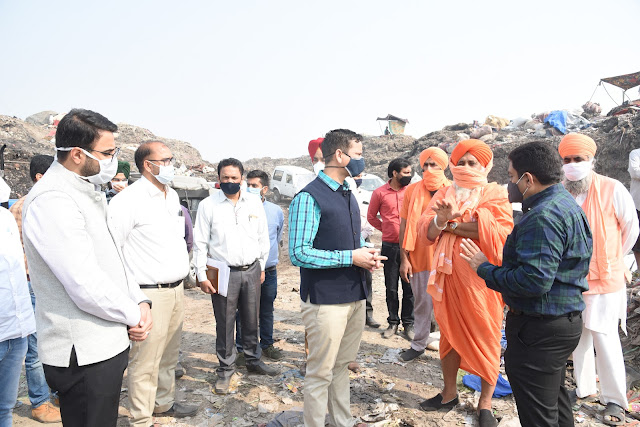