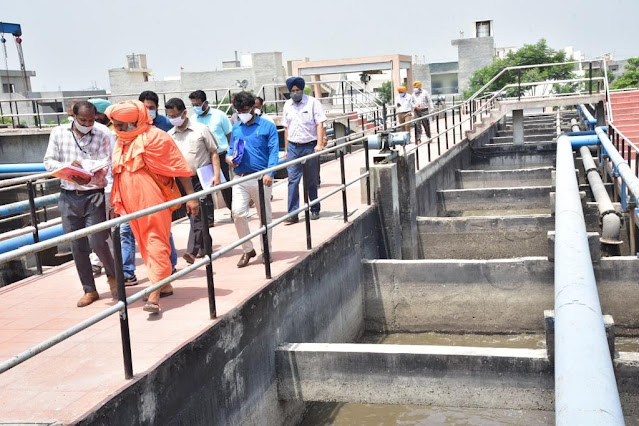 Carelessness of the governments:

Instead of installing and operating S.T.P people compelled to install R O

When the Monitoring Committee reached Bagha Purana then it was observed that even the sewerage system of the homes was not connected with the STP with millions of rupee. Due to carelessness of the government and administration millions of rupee spent on treatment plants are being useless. The contaminated and poisonous water of the city without treating is being thrown in the Kaleke Drain. The problem of contaminated water of Nihal Singh Wala is same as it was earlier. When on 4th  March 2021 a meeting of Monitoring Committee was held then it was asked that  the contaminated waters of Nihal Singh Wala will be controlled according to Seechewal Model until 30th June 2021.But during visit the circumstances it was observed that the issue has not been taken seriously.

At Badhni Kalan, Fatehgarh Punjtoor and Kot Ise Khan nothing has been done to install the treatment plants as per directions given. The problem of contaminated waters have become headache for the area.At Dharamkot the condition was somewhat positive. According to people here at 4 MLD treatment plant the contaminated water after treatment was being used for agriculture. The water was being used in the 4000 acres of fields.

On this occasion Sant Balbir Singh Seechewal Ji said that  the administration officials or Industrialists who are ceaselessly polluting the environment, they are the enemy of humanity and of the nature of the creator.He said that the people who think about the welfare of the people and give to the humanity are the deities and those who exploit the humans and make air, water and earth poisonous are demons. He said that if we have contaminated the waters then to treat them we should install and run STP but sorry we on the land of 5 rivers we are compelled  the people to install RO on high costs.