We bow our heads and pay homage to our beloved Bharat Ratna Dr APJ Abdul Kalam... 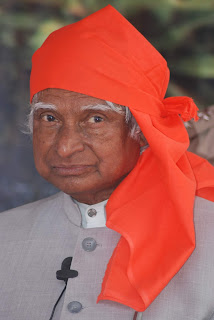 We bow our heads and pay homage to our beloved Bharat Ratan Dr APJ Abdul Kalam the ex-president  of India on his death anniversary.

We also recall the unforgetable moments of  the meeting of two national heroes Dr Kalam and Sant Seechewal at Sultanpur Lodhi.

27th July  2015 was the day when a great man Dr APJ Abdul Kalam was taken away from us by the cruel hands of the death. We bow our heads and pay homage to the departed soul on his death anniversary on 27th July. Born in a poor family and rose to the highest post as the head of the state , he believed in big dreams and also made them true. After doing engineering in physics and aerospace, he joined the defence Research and
Development Organisation (DRDO) and soon moved to ISRO. Where he was the project director of SLV- 111, India’s first designed and produced Satellite Launch Vehicle. Rejoining DRDO in 1982, Kalam planned the program that produced a number of successful missiles, which brought him the nickname of “Missile Man”. His prominent role in the country’s 1998 Nuclear weapons test established Kalam as a national hero. He wanted to transform India from a less developed to a developed society. He emphasized on using technology as a vehicle for economic growth and widening access to health and education. 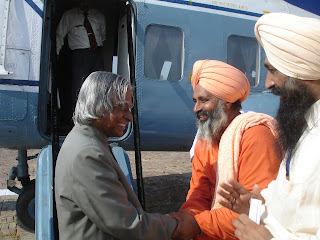 He was elected to the post of the President of India in July 2002. He he remained committed to using science and technology to transform India into a developed country and in July 2007 left the office of President .
Kalam wrote several books including an auto biography, 'wings of fire' (1999). Among his numerous awards were two of the country’s highest honours , the Padam Vibhushan in 1990 and the Bharat Ratna (1997), Even after his retirement he remained busy in teaching the students in different univarsities. He was indeed a unique person with extra-ordinary qualities.
It was the year 2006 when after observing the works of Sant Balbir Singh Seechewal, especially the work of rejuvenating the 160 KM long historic  Holy Kali Bein, he decided to visit Sultanpur Lodhi . Indeed, it was the great moment of  meeting,  the two national heroes , on the banks of Holy Kali Bein at Sultanpur Lodhi. On  17th August 2006, Dr Abdul Kalam reached Sultanpur Lodhi. He was so much impressed to see the clean waters of Guru Nanak Dev Ji  feet touched Holy Bein that he again even cancelling his all appointments reached Sultanpur Lodhi on 27th July 2008 to  attend the 8th Kar Sewa anniversary samagam of Holy Bein. It was really a historic moment. It shows his love towards Bein and his understanding towards environmental affects of  this Kar Sewa, 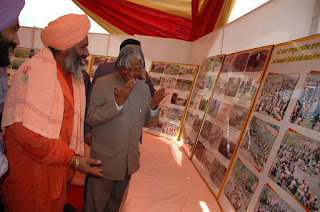 which has become an example not only for India but for the whole world. Dr APJ Abdul Kalam was rightly called the President of the people as he used to mingle with common people and tried to understand their problems. He acclaimed the works of Sant Seechewal and declared the Kar Sewa of Bein as a nable mission and said that he would take this message for the whole nation and for the whole world. He practically did it and in all his speaches he took the Kar Sewa work of Bein towards international fame. Now “Seechewal Model”has become a role model for cleaning the contaminated waters of the ponds and streams in 13 states of India . These treated waters are being used for cultivation purposes. There is close similarity in the works of Dr Kalam and Sant Seechewal . Dr Kalam wanted to make the nation a developed country, its economic growth , good health and best education. Sant Seechewal a spirtual leader and an environment lover is thriving hard to give pollution free environment and healthy atmosphere to the people . He is also working against social evils like drug addiction, dowry system and pollution of all types. He always advise the people to follow the teaching of Guru Nanak Dev Ji. He says if we had followed the gurbani shabad 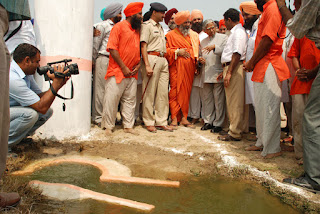 “Pawan Guru , Pani Pita , Mata Dharat Mahat” we would not have faced the problem of Global warming. In order to give free education to the neglected section of the society, a school in the name of Nawan Nankana Charitable School under EK ONKAR Charitable trust Seechewal is being run at Nirmal Kutiya Sultanpur Lodhi. Sant balbir Singh seechewal was conferred with padma shree for his services to the society in March 2017.

We can never forget the moments spent with Dr APJ Abdul Kalam. In fact the whole nation is indebited to Dr Kalam for his fruitful services to the nation. His works and his Quotes will always motivate us .
1.         You have to dream before your dreams can come true.
2.         Man needs his difficulties because they are necessary to enjoy success.
3.         Look at the sky. We are not alone. The whole universe  is friendly to us and conspires only to give the best to those who dream and work. 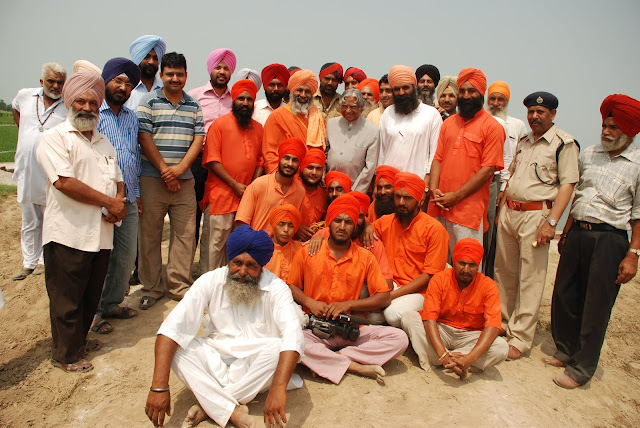