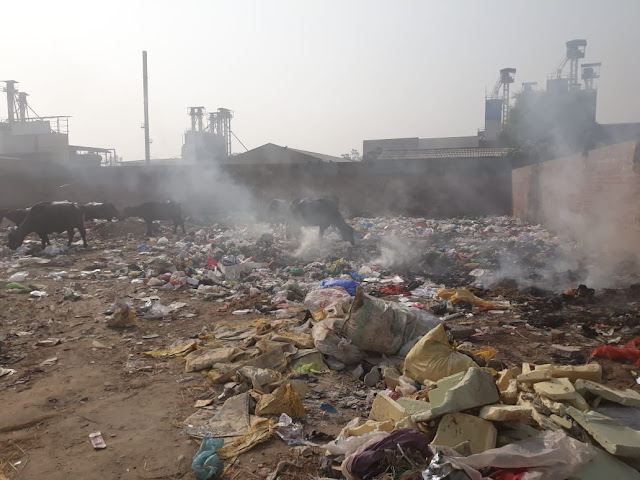 Nagar Council of the Holy city has no place to dump its garbage
Victim will approach the Chief Minister.

Known as “Babe Nanak Di Nagari” the historic city of Sultanpur lodhi has no place to dump its garbage. Nagar Council had taken 5 marlas of land on lease deed from Jaswant Singh to dump the garbage, now they are dumping garbage on the whole acre of his land and making the lives of the people miserable who are living in the surrounding. Jaswant Singh told that an agreement was made with him that only 5 marlas of land will be used for dumping the garbage. He was to be paid rupees 40000 yearly as per agreement. He said that he has not been paid the amount for a year, whereas the garbage is being thrown in the whole khet instead of 5 marlas.
Jaswant Singh told that he has 1 acre of land on the cinema road, out of which an agreement for 5 marlas of land with Nagar Council was made in 2013 for dumping the garbage after making the boundary wall of 6 ft high. As per agreement the garbage was to be removed from the dump daily. Garbage would not be spread on the road. This condition was also agreed upon that the owner could get the place vacated with a 6 month notice. 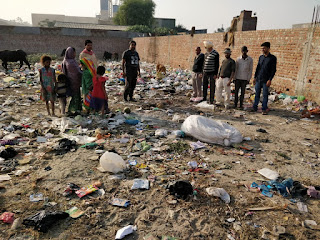 Jaswant Singh told that none of the conditions were obeyed by the Nagar Council. When despite of his repeated requests none of the conditions was met with, he had given a notice to vacate the land on 25th July 2018. Nagar Council is not cooperating. He said that he will approach the Chief Minister Captain Amrinder Singh who is coming to do the opening ceremony of the Samagams of 550th Prakash Purb of Guru Nanak Dev Ji and I would request him to get my land vacated.
Jaswant Singh told that the sewadars of Sant Balbir Singh Seechewal had removed the garbage from his plot many times but the Nagar Council had not given any type of cooperation, rather they are throwing the garbage forcefully in his land.